DataNumen Disk Image 1.9 is designed to be intuitive, helping users quickly select disks to clone, save and restore

NEW YORK and HONG KONG, July 20, 2020 (SEND2PRESS NEWSWIRE) — DataNumen recently launched an improved version of its DataNumen Disk Image product. The purpose of this new version 1.9 is to enhance performance and address minor bugs in a targeted and efficient manner. 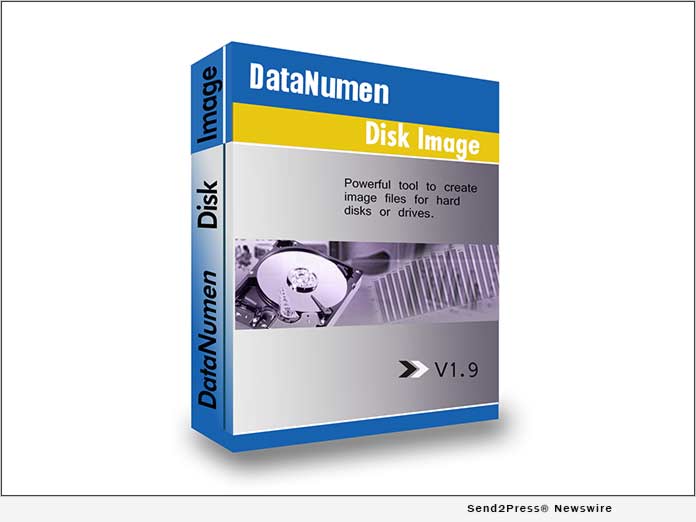 DataNumen Disk Image 1.9 is available to individuals at no cost. Corporations can access this helpful tech tool for a small fee. This powerful software is used far and wide to replicate and restore disks as well as drives. DataNumen Disk Image generates and restores disk image or drive image in an incredibly detailed manner. This creation and restoration is performed byte by byte.

“DataNumen’s latest software is used for everything from data backup and restoring to the copying and cloning of disks and drives. In fact, this version is also for forensics purposes,” says Alan Chen, President and CEO at DataNumen.

DataNumen Disk Image 1.9 is designed to be intuitive, helping users quickly select disks to clone, save and restore. In fact, this software is even capable of cloning corrupted media. This means it is now possible to recover seemingly lost files in the event of drive failure.

All in all, more than 10 million users rely on the software. The product has a 100% satisfaction guarantee. The software engineers behind the software’s latest update have more than two decades of experience. Out of 1,503 reviews, nearly every single one was positive. The overall rating is 4.90 out of 5. DataNumen will continue to release ongoing product updates, typically on a weekly basis across posterity.

View More Software News
"DataNumen's latest software is used for everything from data backup and restoring to the copying and cloning of disks and drives. In fact, this version is also for forensics purposes," says Alan Chen, President and CEO at DataNumen.

ABOUT THE NEWS SOURCE:
DataNumen

LEGAL NOTICE AND TERMS OF USE: The content of the above press release was provided by the “news source” DataNumen or authorized agency, who is solely responsible for its accuracy. Send2Press® is the originating wire service for this story and content is Copr. © DataNumen with newswire version Copr. © 2020 Send2Press (a service of Neotrope). All trademarks acknowledged. Information is believed accurate, as provided by news source or authorized agency, however is not guaranteed, and you assume all risk for use of any information found herein/hereupon.