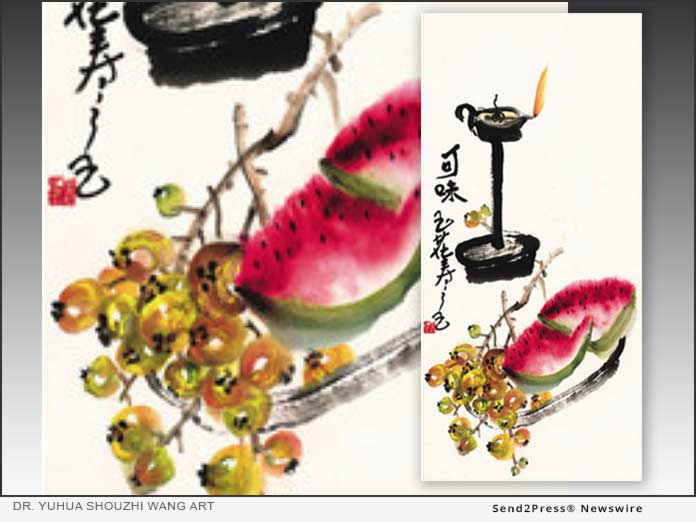 Dr. Yuhua Shouzhi Wang is an international virtuoso living in the United States. She has attained the highest artistic achievement of the Class of Ease. Her paintings are both super-realistic and abstracted in a surrealistic style. The physical forms in her art emanate a spiritual dimension. Dr. Wang’s skills are exquisite and profound. Her paintings also carry a strong sense of scholarly essence. The quality of Dr. Wang’s art sends shock waves throughout the art world.

The opening ceremony was a grand occasion attended by government officials, renowned artists, critics, and distinguished members of society. The exhibition overwhelmingly well received in Shanghai, and is popularly visited by a large number of audiences. During his remarks, Lu Ximing, the Vice President of Shanghai International Culture and Art Exchange Association sent his best wishes for the perfect success of the exhibition. Professor Gu Xingyi of Guangzhou University, who is also a member of the Guangdong Writers Association and Director of the Guangdong Province Collectors Association, remarked that Dr. Wang’s art has achieved the likeness both in form and in spirit, and each of her works is refreshing and unforgettable. 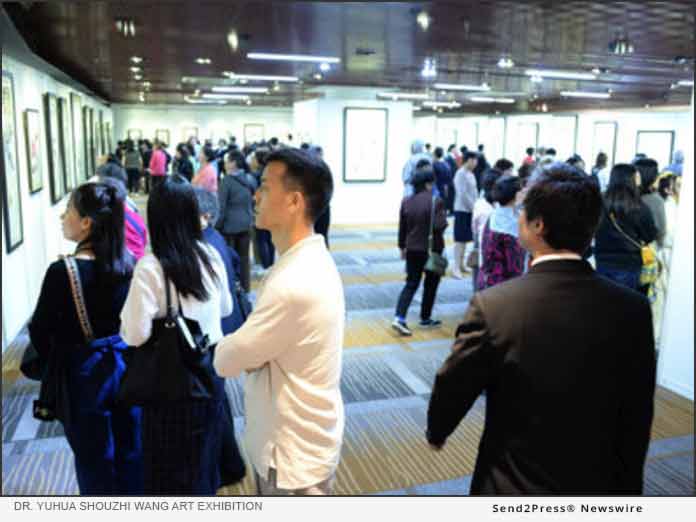 Vincent Robbins, Tenure Professor at the Art Center College of Design and the Artistic Director of Rare Art Inc. U.S.A., said in his opening speech “that there is a timeless quality with the work of Dr. Wang that is shown with the brush strokes, blending color as form with a natural expression.” Other distinguished guests who attended the opening ceremony include:

In 2013, President George On Christophides of the World Federation of UNESCO Clubs, Centers, and Associations (WFUCA) led a group of experts to visit the International Art Museum of America. They highly commended Dr. Yuhua Wang’s artworks on view at that time, and immediately named one of the artworks “2013WFUCA.”

Professor Stephen Farthing, an art scholar of world authority—Royal Academician of the Royal Academy of Arts in the United Kingdom, and the former Rootstein Hopkins Research Chair of Drawing at the University of the Arts in London—commented that “Dr. Wang’s paintings may draw heavily on the traditions of Eastern art but they present themselves as extraordinarily Western ideas and images…Dr. Wang’s paintings very elegantly bring two forces together—the force that rejects perspective and the force of Photorealism…Professor Wang’s paintings reach across cultures to celebrate the space that exists intellectually and emotionally between representation and abstraction, between a fact and an idea.”

In 2008, the artworks of Dr. Yuhua Shouzhi Wang were exhibited in the Gold Room at the United States Capitol. The United States Congress recognized Dr. Yuhua Wang as a “great artist and sculptor” and officially chronicled such recognition in the Congressional Record. The same record also mentioned that she “takes great pleasure in helping others, is a selfless person whose moral character is noble, and has made great contributions to the development of cultural exchange between the East and the West.”

Early 2019, the New York Academy of Art formally recognized the outstanding talent of Dr. Yuhua Wang and determined that she is a preeminent international artist of first class standing. The Academy presented Dr. Wang with a recognition certificate jointly signed by the President and the Provost. In the same year, a small painting Pomegranates in a Basket of the size 18 by 27 inches, was auctioned for the highest price of US$1.27 million during the Spring Auction of the Gianguan Auction House in New York.

LEGAL NOTICE AND TERMS OF USE: The content of the above press release was provided by the “news source” Rare Art Inc. or authorized agency, who is solely responsible for its accuracy. Send2Press® is the originating wire service for this story and content is Copr. © Rare Art Inc. with newswire version Copr. © 2019 Send2Press (a service of Neotrope). All trademarks acknowledged. Information is believed accurate, as provided by news source or authorized agency, however is not guaranteed, and you assume all risk for use of any information found herein/hereupon.