BEIJING, China, Jan. 26, 2016 (SEND2PRESS NEWSWIRE) — On January 26, 2016, Fengtao Software, the industry leader specializing in DVD, Blu-ray and video backup solutions, rolls out a competition calling its users to upload and share the Meta information of their Blu-ray discs with the entire DVDFab community, and in return, the participants can get corresponding Forum titles, Amazon Gift Cards, or even cash. The competition starts today, and ends on February 20, 2016. Move on for the detailed story.

What’s Meta Info and Why the Competition:

Meta Info, or Metadata of a Blu-ray disc refers to all the basic information about that disc and the contents on it: title, synopsis, release date, runtime, audio/video formats, genre, director, actors and so on. All this information is very useful, but not deep enough for most DVDFab users and that is what the Meta Info feature is all about. Meta Info is a brand new feature introduced in two of the DVDFab Blu-ray related products, Blu-ray Copy and Blu-ray Ripper, to be more specific. The primary goal of this feature is to gather the above mentioned Meta information of Blu-ray discs, which can be achieved by DVDFab customers manually editing and uploading via the DVDFab client.

As to the reason for running a competition on this, the one learnt from inside the DVDFab is that although there are already more than 5,000 uploads, the number is still a tiny drop in the ocean, considering there are perhaps more than 100,000 Blu-ray discs out there. So, a competition is thrown out to drive people into the campaign.

The Meta information of the Blu-ray discs uploaded by customers is stored on DVDFab Server and everyone, paid or nonpaid user, can access. By doing this, next time when users open a Blu-ray disc, what DVDFab presents them will not be just a long list of different titles without any clues on what exactly those titles are, unless they preview them one by one, which by the way is time consuming and frustrating. On the contrary, with the help of the Meta Info, each title’s name, what that title is all about, the running time etc, all these information is crystal clearly displayed in front of users’ eyes. This could be incredibly helpful especially when they are dealing with a TV Show disc which may have more than 20 episodes on it. Therefore, the analysis accuracy gets improved and the user experience is brought to a higher level.

Another benefit of the Meta Info feature could excite those home streaming server owners quite a lot. Normally, to manage a ton of movies, TV Shows and other videos in a multimedia streaming server could require a lot of time and energy, because users have to manually rename each file so that the media server can sort and filter all the files into correct groups. However, with the help of Meta Info, this trouble is no longer a headache. After ripping or converting, DVDFab will rename the output Blu-ray movie or TV Show episodes with correct titles, together with the correct season and episode numbers. In this manner, a home streaming server, say Plex, Serviio, or Vidon, can easily manage those media contents and list them clearly for effortless browsing and playback. All the users need to do is to select the movie, or name a specific episode from a TV Show, and then press the Play button to start enjoying the leisure times.

For the terms and conditions of DVDFab Meta Info Upload Competition, feel free to visit: http://www.dvdfab.cn/promotion.htm. 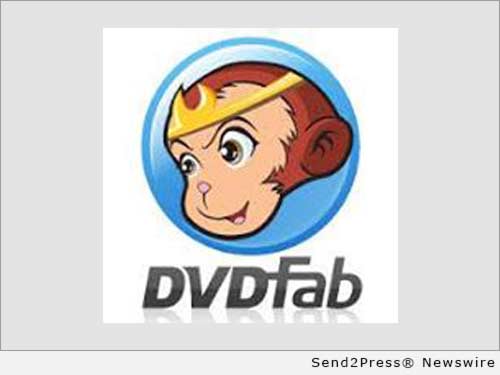 NEWS ARCHIVE NOTE: this archival news content, issued by the news source via Send2Press Newswire, was originally located in the Send2Press® 2004-2015 2.0 news platform and has been permanently converted/moved (and redirected) into our 3.0 platform. Also note the story “reads” counter (bottom of page) does not include any data prior to Oct. 30, 2016. This press release was originally published/issued: Tue, 26 Jan 2016 16:28:00 +0000