Send2Press › Wire › Religion and Churches › For World Friendship Day, the Church of Scientology Shares the Key to Lasting Relationships

For World Friendship Day, the Church of Scientology Shares the Key to Lasting Relationships

LOS ANGELES, Calif., July 29, 2021 (SEND2PRESS NEWSWIRE) — The Church of Scientology International extends an invitation to people of goodwill to join Scientology Churches and Missions in support of International Day of Friendship, a United Nations initiative that promotes “friendship between peoples, countries, cultures and individuals” and seeks to “inspire peace efforts and build bridges between communities.” 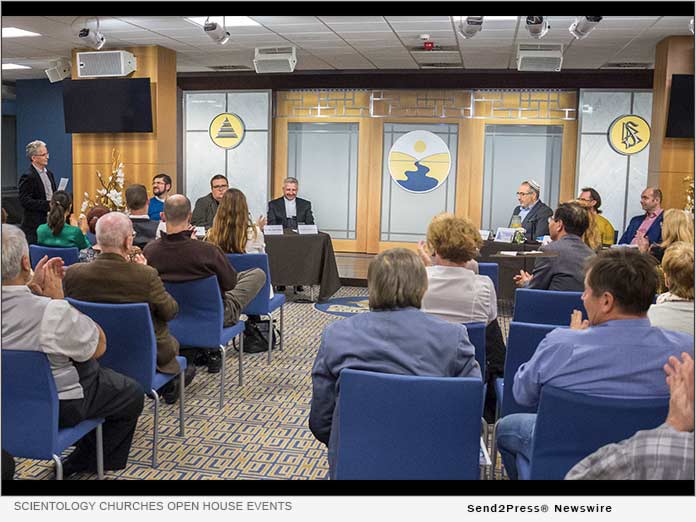 PHOTO CAPTION: Scientology Churches hold open house events and forums featuring “The Way to Happiness” and its application in society.

In observing this UN Day, Scientologists share two precepts from “The Way to Happiness,” the common-sense moral code written by L. Ron Hubbard, that hold the key to lasting friendships:

“Among many peoples in many lands for many ages there have been versions of what is called ‘The Golden Rule,’” wrote Mr. Hubbard. “The philosophic question concerning wrongdoing, the argument of what is wrong is answered at once on a personal basis: Would you not like that to happen to you? No? Then it must be a harmful action and, from society’s viewpoint, a wrong action. It can awaken social consciousness. It can then let one work out what one should do and what one should not do.”

As to the second and positive version of the rule, “One can get into a lot of conflicting opinions and confusions about what ‘good behavior’ might be,” Mr. Hubbard wrote. “If one were to think over how he or she would like to be treated by others, one would evolve the human virtues. Just figure out how you would want people to treat you.”

The full text of these precepts, available on the website of The Way to Happiness Foundation, provide know-how for an individual wishing to implement the guidelines personally or take them up with others to help them salvage or enhance interpersonal relationships.

Putting these and the other 19 precepts of “The Way to Happiness” into action has everything to do with the purpose of International Friendship Day, because, as Mr. Hubbard points out:

“Aside from personal benefit, one can take a hand, no matter how small, in beginning a new era for human relations.

“The pebble, dropped in a pool, can make ripples to the furthest shore.”

An interactive timeline on the Scientology website documents how the Church of Scientology Kansas City and local community activists used “The Way to Happiness” in Peace Rides, based on the effectiveness of Peace Rides in Los Angeles. The KC team distributed “The Way to Happiness” to promote a climate of unity and peace, counter violence and reverse the city’s climbing homicide rate. In honor of the event, Kansas City rapper and recording artist Kodde One wrote the anthem “Hold Yo’ Head High” to help spread the booklet’s message of brotherhood throughout the city.

Other examples of the impact of “The Way to Happiness” are featured on the Scientology Network in episodes of the original series Voices for Humanity, which spotlights the work of humanitarians using the booklet to address societal needs.

These episodes include the work of:

Those using “The Way to Happiness” in their communities share rave reviews of its effectiveness:

“I firmly believe that “The Way to Happiness” can change the perspective of many people to life and difficult situations that arise in it,” writes the coordinator of social rehabilitation and rehabilitation center for young offenders.

“Extremely motivating and inspiring. Moreover, in this world of intolerance and violence, the messages of peace and sharing can bring about a change in the world,” wrote a teacher.

“Two precepts really took my daughter’s interest,” wrote a parent. “‘Be Industrious’ and ‘Flourish and Prosper.’ She never looked back after that and has since carried a seemingly unkillable momentum and spirit about life. I have no doubt what started her turnaround. It was ‘The Way to Happiness’.”

Caption: Scientology Churches hold open house events and forums featuring “The Way to Happiness” and its application in society.

International Day of Friendship  |  The Way to Happiness Foundation