"We are thrilled with the honor of the award for one of our science fiction novels," said Paul Garver, Co-founder of Geminid Press.

The awards, which were judged by a select group of librarians and booksellers from around the country, were announced on June 26, 2015 at the American Library Association Annual Conference in San Francisco, Calif. Representing hundreds of independent and university presses of all sizes, INDIEFAB winners were selected after months of editorial deliberation with more than 1,500 entries in 63 categories. The winners represent the best work coming from today’s indie authors and publishers.

In “Truth Insurrected: The Saint Mary Project,” readers plunge into a sci-fi conspiracy storyline featuring former FBI agent William Harrison, a reluctant but admirable hero who finds himself hot on the trail of a major extraterrestrial cover-up. “Truth Insurrected” has also garnered Douglas accolades from BestThrillers.com, which listed him in April 2015 as one of 2015’s Best New Mystery and Thriller Genre Writers.

“We are thrilled with the honor of the award for one of our science fiction novels,” said Paul Garver, Co-founder of Geminid Press, LLC. “Foreword Reviews’ INDIEFAB awards represent a mark of quality of which we can be very proud.”

Geminid Press also recently announced the release of Douglas’ latest science fiction adventure book, “The Outworlds: War Torrent” (ISBN: 9780692450048 eISBN: 9780990737193), which is the first in a series. In “War Torrent,” ancient reptilian aliens clash in a war that is the start of a new interstellar crusade orchestrated by evil ethereal entities whose intent is radical genetic purification of the galaxy, and Earth’s Stone Age humans are their next target.

The science fiction book draws on the mystery of ancient aliens, in particular, reptilian humanoids, and related conspiracy theories about their alleged, past involvement with humans and possible engineering of our genes.

About Geminid Press, LLC:
Geminid Press, LLC (http://geminidpress.com) is an independent book publisher established in Albuquerque, New Mexico in August 2014. Inspiration for the company’s name originates with the Geminid meteor shower, which is visible in December, radiates from the Gemini Constellation, and intensifies every year. The owners of Geminid Press also happen to be identical twins born under the sign of Gemini. The company’s mission is to publish quality fiction and non-fiction books of up and coming writers, and has already published science fiction and urban fantasy books, as well as a children’s book.

About Daniel P. Douglas:
Daniel P. Douglas is a U.S. Army veteran who has also served as a senior analyst in the U.S. intelligence community. A long-term civil servant, with degrees in Political Science and Russian Area Studies, Douglas has also worked in the museum profession.

As an author, Douglas creates epic tales – of the past, present, and future – with the most unlikely of heroes, and calls upon them to join extraordinary and mysterious struggles. His characters’ sometimes-reluctant choices and actions put them on a collision course with destiny and reveal unimaginable truths. Learn more at: http://danielpdouglas.com/. 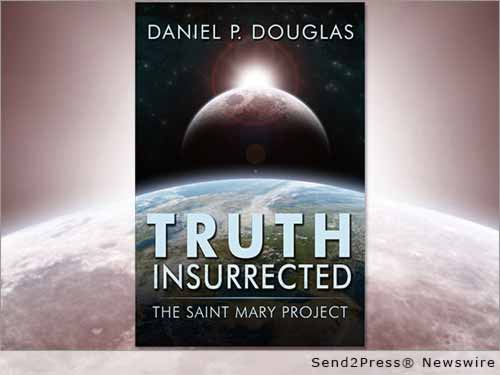 NEWS ARCHIVE NOTE: this archival news content, issued by the news source via Send2Press Newswire, was originally located in the Send2Press® 2004-2015 2.0 news platform and has been permanently converted/moved (and redirected) into our 3.0 platform. Also note the story “reads” counter (bottom of page) does not include any data prior to Oct. 30, 2016. This press release was originally published/issued: Tue, 30 Jun 2015 07:00:00 +0000

View More Awards and Honors News
"We are thrilled with the honor of the award for one of our science fiction novels," said Paul Garver, Co-founder of Geminid Press.