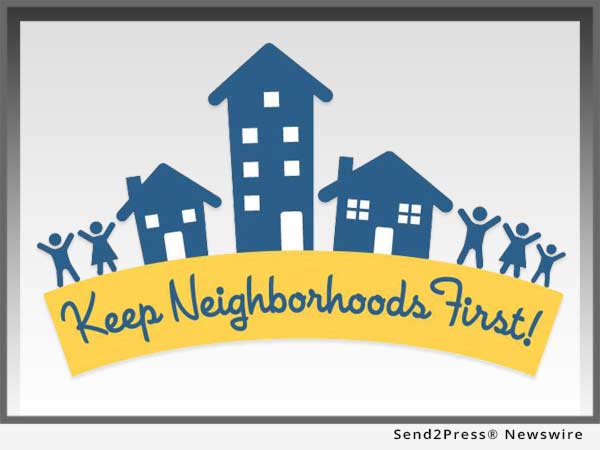 Participants urged the City Council to adopt a low limit on the number of days per year a host could rent a unit short-term.

“Regulations must include a cap on the total number of days hosts are permitted to rent short-term. This cap must be low enough as to not economically incentivize landlords to rent short-term instead of long-term,” explained Becky Dennison, Executive Director of Venice Community Housing Corporation. “The current draft has a cap that is much too high. We believe the right number is 60 days per year – and other cities agree.”

Dennison mentioned caps in Santa Monica and Amsterdam of 60 days; as well as 90-day caps recently implemented in San Francisco, New Orleans and London. Palm Springs enacted a cap of 32 days. The draft ordinance currently being considered in Los Angeles includes a cap of 180 days, or six months out of the year.

The group also expressed strong support for banning any type of short-term rentals in rent-stabilized (RSO) units, arguing that allowing RSO units to be rented short-term will result in significantly more risk for some of our most vulnerable renters than any possible benefit.

“As a longtime tenants’ rights advocate, I can assure you that short-term rental practices has literally put a target on the back of every renter living in RSO housing. Tenants are being evicted and units are being converted to short-term because landlords make MUCH more money renting short-term,” said Larry Gross, Executive Director of Coalition For Economic Survival. “We can no longer allow short-term rental companies to continue to operate practically unchecked. Their practices of taking critically needed affordable rent control units off the market is making our already dire housing situation worse.”

Also on hand were hotel representatives that called on the City to enact regulations built on sound politics, not false budgetary needs. Specifically, the California Hotel and Lodging Association quoted a recent report related to the downfall of cities accepting voluntary taxes from Airbnb and other short-term rental platforms. The voluntary agreements are being questioned all over the nation.

“We’re adding the voice of the state’s hotel industry to the Los Angeles community asking for a city ordinance that ensures a level playing field for those of us in the hotel industry and full transparency from all short-term rental platforms,” said Lynn Mohrfeld, President & CEO California Hotel & Lodging Association.

The City Council is expected to take up the current draft ordinance in coming weeks, beginning with the Planning and Land Use Committee (PLUM).

View More Government News
"Regulations must include a cap on the total number of days hosts are permitted to rent short-term. This cap must be low enough as to not economically incentivize landlords to rent short-term instead of long-term," explained Becky Dennison, Executive Director of Venice Community Housing Corporation.

Keep Neighborhoods First is a grass roots coalition of neighbors, tenants, and affordable housing advocates, working men and women, and business and hotel owners who have come together to solve the problems created by the proliferation of commercial short term rentals in our neighborhoods.

LEGAL NOTICE AND TERMS OF USE: The content of the above press release was provided by the “news source” Keep Neighborhoods First or authorized agency, who is solely responsible for its accuracy. Send2Press® is the originating wire service for this story and content is Copr. © Keep Neighborhoods First with newswire version Copr. © 2017 Send2Press (a service of Neotrope). All trademarks acknowledged. Information is believed accurate, as provided by news source or authorized agency, however is not guaranteed, and you assume all risk for use of any information found herein/hereupon.