LOS ANGELES, Calif., Nov. 9, 2021 (SEND2PRESS NEWSWIRE) — Misinformation and ignorance open the door to abuse and addiction according to the United Nations World Drug Report. A drug prevention champion featured on Voices for Humanity on the Scientology Network safeguards youth of the Czech Republic with the Truth About Drugs, an initiative supported by Scientologists and the Church of Scientology International. 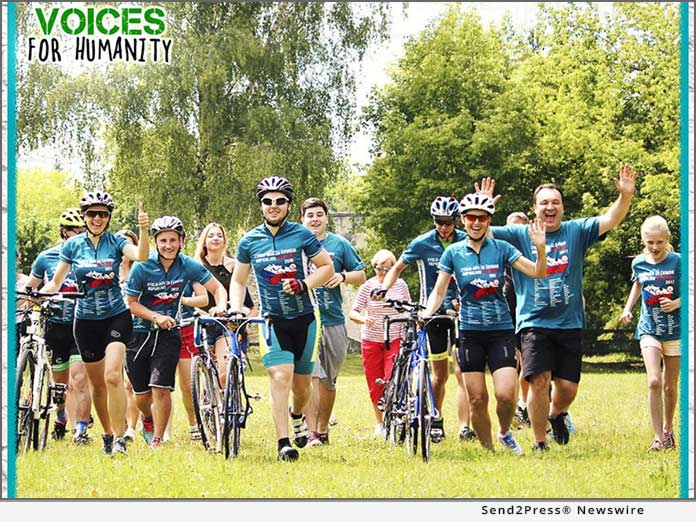 This year’s World Drug Report emphasizes the urgency of reaching youth with the truth about drugs. This is what drives the outreach of the Czech chapter of Foundation for a Drug-Free World whose work is featured on the Scientology Network on DIRECTV channel 320, streaming at Scientology.tv, on mobile apps, and via the Roku, Amazon Fire and Apple TV platforms.

The report found that over the past 24 years, while cannabis potency “increased by as much as four times in parts of the world…the percentage of adolescents who perceived the drug as harmful fell by as much as 40 percent.” In releasing the annual report, Ghada Waly, executive director of the UN Office on Drugs and Crime, wrote of the crucial role of drug education:

“Lower perception of drug use risks has been linked to higher rates of drug use, and the findings of UNODC’s 2021 World Drug Report highlight the need to close the gap between perception and reality to educate young people and safeguard public health.”

In an episode of Voices for Humanity on the Scientology Network, Vlastimil Špalek, chairman of the Czech Foundation for a Drug-Free World, says “What drives me and my team is one purpose: A drug-free Czech Republic.”

Špalek adopted The Truth About Drugs initiative because it works. He saw that when youth read the Truth About Drugs booklets on the 14 most commonly abused drugs, it empowers them with what they need to make the firm, self-determined decision to live drug-free.

An athlete, Špalek turned his love of sports into a way to reach the youth of his country with the annual Czech “Cyclo-Run” Against Drugs. Drug prevention advocates cycle from city to city where they are joined by crowds of school children and sports enthusiasts who run with them through the town, promoting drug-free living. Wherever they go, athletes deliver drug education lectures and meet with officials to urge their adoption of the campaign.

Although the pandemic cut across the Cyclo-Run for the past two years, planning is underway to relaunch it in 2022. Meantime, volunteers carry on with activities. Špalek and his team of drug educators give drug-prevention lectures in schools and volunteers reach out to families in their cities with Truth About Drugs booklets. In the town of Pilsen, a team of moms has adopted the program and shares booklets with parents and children to provide this vital information.

“I knew this program had the potential of saving countless lives,” says Špalek in his Voices for Humanity episode. “It has. And that’s why I’ve never given up my fight against drugs.”

Drug education and prevention work. The United Nations Office on Drugs and Crime states, “Prevention strategies based on scientific evidence working with families, schools, and communities can ensure that children and youth, especially the most marginalized and poor, grow and stay healthy and safe into adulthood and old age. For every dollar spent on prevention, at least ten can be saved in future health, social and crime costs.”

To enable anyone to take effective action against drug abuse and addiction, Scientology Churches schedule drug prevention open houses where anyone may learn how to use this campaign, receive booklets and videos, and request training on how to deliver the program.

The Truth About Drugs initiative

In his research into the devastating impact of drugs on society, author, humanitarian and Scientology Founder L. Ron Hubbard wrote, “Research has demonstrated that the single most destructive element present in our current culture is drugs.” This galvanized the Church and Scientologists to initiate the Truth About Drugs, a secular program through which they have worked for two decades to empower millions with the truth about drugs.

Caption: Vlastimil Špalek and the Foundation for a Drug-Free Czech Republic.