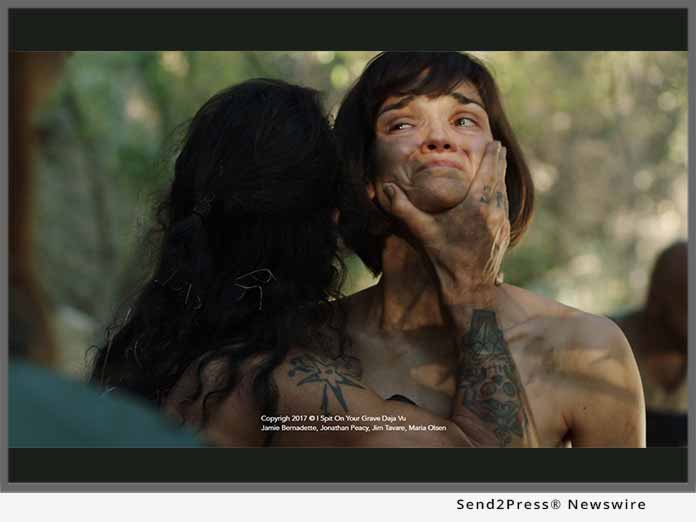 Incensed that Jennifer Hills was vindicated of killing her four assailants from her brutal ordeal in the cult classic 1978 “I Spit On Your Grave,” both mother and daughter are kidnapped by the revenge-seeking relatives. That is when the deja vu nightmare begins. No distributor has been selected yet.

It reunites writer-director Meir Zarchi with actress Camille Keaton after four decades to reprise her iconic role of Jennifer Hills.

Written and directed by Meir Zarchi and produced by Terry Zarchi and Jan O’Connell, “I Spit On Your Grave Deja Vu” is available for distribution and worldwide release in any and all media.

To this date the original 1978 “I Spit On Your Grave” continues to be the most sought after licensing titles throughout the world.

LEGAL NOTICE AND TERMS OF USE: The content of the above press release was provided by the “news source” Deja Vu LLC or authorized agency, who is solely responsible for its accuracy. Send2Press® is the originating wire service for this story and content is Copr. © Deja Vu LLC with newswire version Copr. © 2017 Send2Press (a service of Neotrope). All trademarks acknowledged. Information is believed accurate, as provided by news source or authorized agency, however is not guaranteed, and you assume all risk for use of any information found herein/hereupon.