Send2Press › Wire › Advertising and Marketing › I Think an Idea: Helping Start-Ups to Celebrities Build Brands for the Future

I Think an Idea: Helping Start-Ups to Celebrities Build Brands for the Future

LOS ANGELES, Calif., March 30, 2020 (SEND2PRESS NEWSWIRE) — There’s no better time to build a brand than now. At least that’s what Hugh Benjamin, founder, ‘I Think an Idea,’ a digital marketing agency, believes. He says, “It’s time to ‘plant seeds for the future’ because the future is about to change and brands need to get up to speed. The world is in lockdown. Now’s the time to think about what’s ahead.” 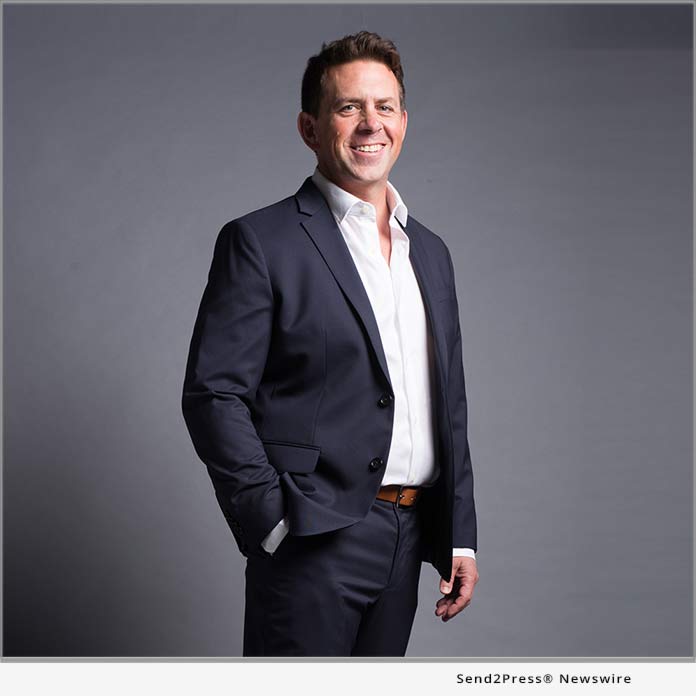 Company leaders are now asking questions like: “Do I really need that 10,000 square foot office or can we go virtual?” “Do we really need an in-house marketing staff or can we think outside the box?” COVID-19 is making people re-evaluate new ways of doing things.

Benjamin’s visionary thinking has been helping businesses do just that since 2009. He works with them to rethink what they’ve always done. In fact, his agency has helped smaller businesses outrank large corporations like Home Depot, Walmart and Amazon on Google. His creative SEO strategies yield top Google rankings.

“While our agency’s innovative strategies might not make sense today, they will create revenue and results in three to five years,” he says.

That’s likely why blockbuster companies such as Mercedes Benz, Hillstone Restaurants, PowerBlock, The Sliding Door Co., Guess Jeans and Aramark Uniform Services have put their trust in him to help with needs ranging from SEO and digital marketing to brand building, consulting, events and reputation management.

Benjamin combines his business savvy and creative ingenuity to create positive calls to action. He’s a “company catalyst.” He gets things moving in the right direction which aligns well with the company’s mantra: Focus. Think. Results.

And, he gets results. Big ones. For example, he helped one company acquire 3,000 B2B accounts by building a virtual call center and innovating a face-to-face sales model to a phone webinar division that generated millions. This not only reduced overhead, but shifted the way the company does business. The 3,000 accounts were acquired in 17 months using virtual consultations like Join.Me and Zoom to convert and grow the company from startup to landing on the top-fastest growing companies in Fortune 1000, Bloomberg, LA Business Journal, Deloitte Top 100 and others.

In addition to working with large corporations, Benjamin also has a solid history working for celebrities and their businesses. Will and Jada Smith, Justin Timberlake, Magic Johnson, Stephen King and Mark Wahlberg are all on his roster. One of the creative projects he worked on for the Smiths landed in People Magazine.

Working with luxury real estate companies is also an ‘I Think an Idea’ niche. Airbnb, Luxury Retreats and VRBO owners reach out to the company to maximize occupancy and revenue generating ideas.

Most recently, ‘I Think an Idea’ worked to promote the exclusive Casa Fryzer mansion in Cabo San Lucas. Within the first month, his influence, PR and digital marketing expertise was a catalyst for a Joe Jonas and DNCE getaway. There was also interest in the property from large brands such as Revolve and Victoria’s Secret to use the location for upcoming photo shoots.

‘I Think an Idea’ can help with services ranging from business development and branding to SEO, video content, PR, social media, web design and more.

“I help companies figure out where the holes are. Where are they losing revenue? Why? I get them to pay attention. That’s why clients keep coming back for more,” he says.

Hugh Benjamin is used to hitting targets. In fact, he started his career in the military as a U.S marine where he was a recognized sharp shooter. He’s got a proven track record for growing companies from two employees to 200 using his unique brand of high-energy and responsible scaling strategies. He’s grown and assisted many companies with their marketing on and offline and his integrated business development approach has made him a leader in the field.

As a business coach/CEO for hire and working with companies across the U.S., Canada, Australia and New Zealand, Benjamin recently talked at the Sydney Convention Center to more than 10,000 people about business development and the importance of mindset. His diversified skill palette has landed him projects for companies doing 400 to 900 million in revenue as well as for companies just getting off the ground. His systems and scalability create sustainable growth.

The future is here. Build it and they will come.

News Source: I Think an Idea

View More Advertising and Marketing News
"I help companies figure out where the holes are. Where are they losing revenue? Why? I get them to pay attention. That's why clients keep coming back for more," says founder Hugh Benjamin.

More from I Think an Idea

ABOUT THE NEWS SOURCE:
I Think an Idea

At I Think An Idea, supported by a strong foundation of design, event planning, direct sales, marketing and business management, we are able to offer a full service, digital agency. We’ve been exactly where you are and understand what’s needed for success. Whether it is conceptualization, consultation, strategy formation or implementation, our goal is to help you grow your business.

RSS News Feed for I Think an Idea

LEGAL NOTICE AND TERMS OF USE: The content of the above press release was provided by the “news source” I Think an Idea or authorized agency, who is solely responsible for its accuracy. Send2Press® is the originating wire service for this story and content is Copr. © I Think an Idea with newswire version Copr. © 2020 Send2Press (a service of Neotrope). All trademarks acknowledged. Information is believed accurate, as provided by news source or authorized agency, however is not guaranteed, and you assume all risk for use of any information found herein/hereupon.