Send2Press › Wire › Religion and Churches › If the Slave Trade Was Abolished, Why Do an Estimated 40 Million Still Live in Slavery?

If the Slave Trade Was Abolished, Why Do an Estimated 40 Million Still Live in Slavery?

LOS ANGELES, Calif., March 31, 2022 (SEND2PRESS NEWSWIRE) — March 25 was International Day of Remembrance of the Victims of Slavery and the Transatlantic Slave Trade. Churches of Scientology mark this day by raising awareness of the Universal Declaration of Human Rights. And with good reason. 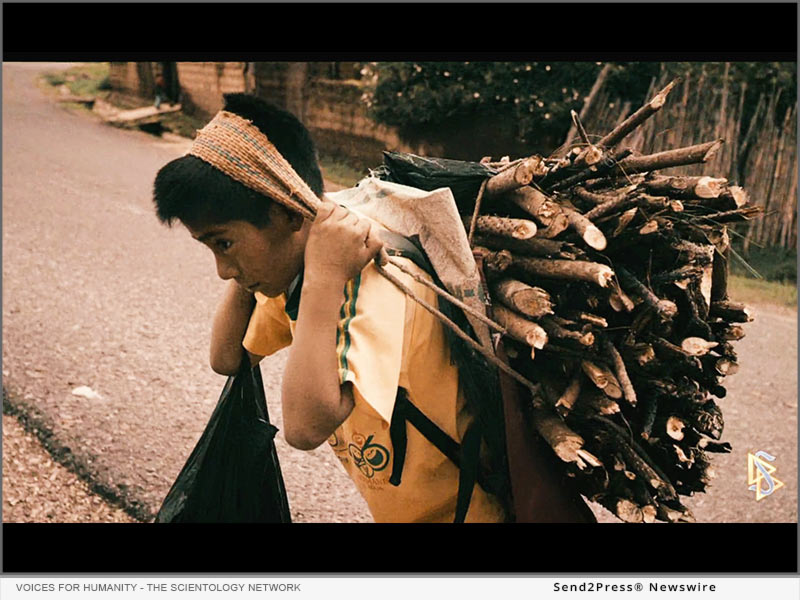 PHOTO CAPTION: 160 million children age 5 – 17 are subjected to child labor. Forced labor, also known as involuntary servitude, is the largest sector of trafficking in the world, according to the U.S. Department of State. (Image from “Voices for Humanity” on the Scientology Network.)

An estimated 13 million people were captured and sold as slaves during the transatlantic slave trade between the 15th and 19th centuries. But the United Nations estimates some 40 million live in slavery today.

According to Dr. Katarina Schwarz, associate director of the Rights Lab’s Law and Policy Programme at the University of Nottingham, England, 94 of the 193 UN member states appear not to have made slavery a crime. Schwartz published an article co-written by Jean Allain, professor of international law at Monash University in Melbourne, Australia; and Andrea Nicholson, Nottingham Research Fellow at the University of Nottingham; on the state of human trafficking, based on research compiled by the Antislavery in Domestic Legislation Database.

They found that although 96 percent of all UN Member Nations have some form of domestic anti-trafficking legislation:

In 1969, Scientology Founder L. Ron Hubbard observed: “Very few governments have implemented any part of the Universal Declaration of Human Rights. These governments have not grasped that their very survival depends utterly upon adopting such reforms and thus giving their peoples a cause, a civilization worth supporting, worth their patriotism.”

Universal Declaration of Human Rights article 4 states, “No one shall be held in slavery or servitude; slavery and the slave trade shall be prohibited in all their forms.”

But as Mr. Hubbard also pointed out, “Human rights must be made a fact, not an idealistic dream,” a statement borne out by these Antislavery in Domestic Legislation Database statistics.

Scientologists believe that raising awareness of human rights is the ultimate answer to this and other forms of abuse. They take part in educational initiatives to increase understanding of the Universal Declaration of Human Rights. They work to mandate human rights education in their nations’ schools. And they urge their governments to enact legislation to ensure the articles of the Universal Declaration of Human Rights have the force of law.

The Scientology Network features the work of human rights activists who have adopted these programs to end human trafficking and other abuse. Their work, and the inroads they have made, is demonstrated in episodes of the original TV series Voices for Humanity.

The Church of Scientology and its members sponsor one of the world’s broadest human rights education and public information initiatives, United for Human Rights, and its program for young people, Youth for Human Rights. Through this support, they ensure these educational materials are available free of charge to all.

Caption: 160 million children age 5 – 17 are subjected to child labor. Forced labor, also known as involuntary servitude, is the largest sector of trafficking in the world, according to the U.S. Department of State. (Image from “Voices for Humanity” on the Scientology Network.)