INSIDE HOLLYWOOD: A Compelling New Literary Collection Unravels Mysteries of Love and Life 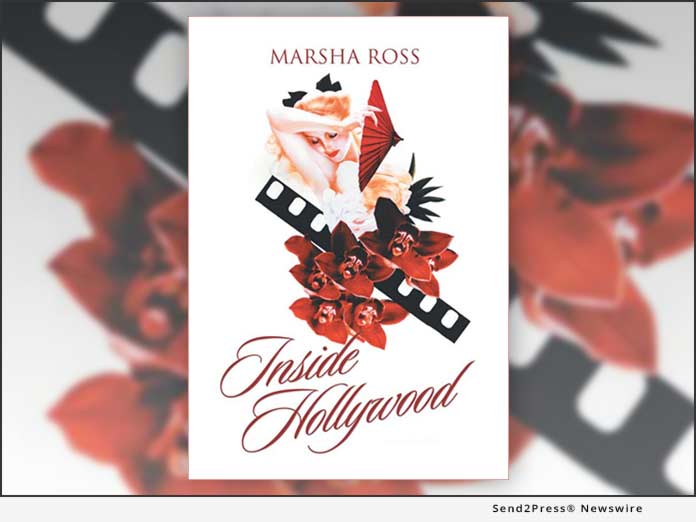 Unraveling the mysteries of love and life, and the many complexities in-between, “INSIDE HOLLYWOOD” also takes a peek behind the scenes to reveal how far a person is willing to go to find true love and genuine happiness.

Here’s an excerpt from “INSIDE HOLLYWOOD”:
“Night creeps in like a cat burglar
finds me thrashing
like an animal
caged by its own caress
awaiting yours to set me free.”

Brimming with pure human emotions and poignant tales of romance and passion, this book showcases the author’s most compelling and enthralling poetry collection that illustrate what it’s like to fall in love, to become enslaved with pain and misery, and to feel the sheer bliss of finding inner strength and beauty.

Skillfully written, highly imaginative and extremely interesting, “INSIDE HOLLYWOOD” is a creative and elegiac volume that appeals to a wide audience. Whether young, middle-aged, elderly, working professional or stay-at-home parent, most anyone will identify with or relate to any one or more of the book’s perfectly woven and enigmatic verses.

The book is available on Ross’ website, where her art can be viewed, too: https://www.spiritualsurrealart.com/.

More details about “INSIDE HOLLYWOOD” can be found on Amazon: https://www.amazon.com/Inside-Hollywood-Poetry-Lyrics-Erotica/dp/1544031009.

About the Author:
Marsha Ross put herself through UCLA and earned a BA and MFA. She opened Los Angeles’ first photographic art gallery, PHOTOSPHERE, and also worked at Warner Brothers. She wrote cover stories for “New York Magazine,” “Los Angeles Magazine” and “New West Magazine.” Alone, she traveled around the world twice.

While visiting Africa, she learned that the U.S. was giving Morocco two million dollars a day in Napalm to exterminate the natives and steal the phosphates – the world’s largest deposit (outside of Russia) – and other valuable minerals including silver, uranium, gold and oil to share the proceeds. As a result, she became involved with the foreign minister of the Polisario, a Guerilla group fighting for their independence against Henry Kissinger’s Green March.

She worked with Africa’s foreign minister and the UN representative to lobby Washington to stop these transactions. She felt she “had to help stop this genocide.” Through UN diplomacy and weapons stolen from their enemies, they won and the Western Sahara is now a country on the map and Kissinger failed at his attempt to land-grab.

###
MEDIA ONLY CONTACT:
(not for print or online)
*Photo link for media: Send2Press.com/300dpi/19-0521s2p-ross-inside-hollywood-300dpi.jpg
*Photo Caption: "INSIDE HOLLYWOOD," by Marsha Ross

ABOUT THE NEWS SOURCE:
Marsha Ross

LEGAL NOTICE AND TERMS OF USE: The content of the above press release was provided by the “news source” Marsha Ross or authorized agency, who is solely responsible for its accuracy. Send2Press® is the originating wire service for this story and content is Copr. © Marsha Ross with newswire version Copr. © 2019 Send2Press (a service of Neotrope). All trademarks acknowledged. Information is believed accurate, as provided by news source or authorized agency, however is not guaranteed, and you assume all risk for use of any information found herein/hereupon.