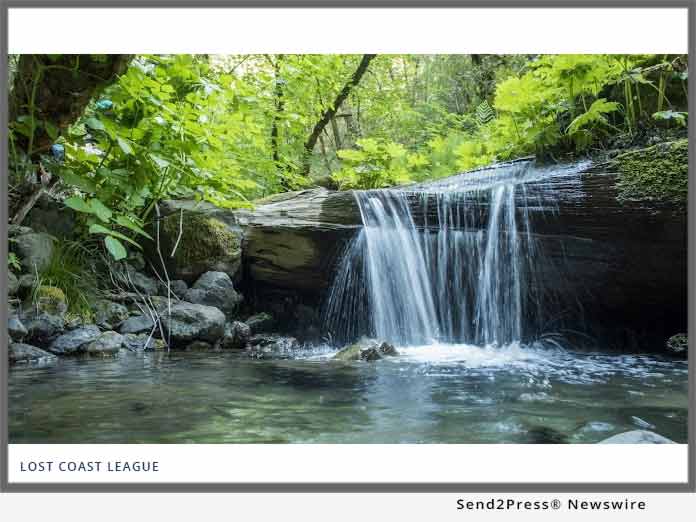 The announcement came late last week in response to a grievance letter filed July 31 by the Lost Coast League (LCL) and signed by some 100 concerned citizens, businesses, organizations and elected officials.

The letter follows decades of protests, intense local debate, and social media acrimony surrounding the potential destruction of some of California’s last unprotected and unentered forest stands, located about 25 miles south of Eureka in the headwaters of the Mattole River.

Robert J. Hrubes, lead investigator with SCS Global Services, FSC’s auditing firm, responded to the letter by proposing a method to “ascertain conformity” to FSC standards. This method will involve a field review of the controversial logging plans on Sept. 11.

“May we assume that HRC will preserve the status quo for the operations in question until the investigation is completed?” asked LCL’s Ellen Taylor in an email to Hrubes.

“That is a question that you should direct to HRC,” Hrubes replied, adding that HRC “is free to take whatever actions they wish to take.

“While I cannot speak for HRC, I expect it is very highly unlikely that any site-disturbing forest management activities will take place in the ‘Rainbow Ridge’ area prior to the mid-September audit.”

“In other words,” said Taylor, “there is no guarantee whatsoever that HRC will not log the old trees while the investigation is taking place, thereby voiding the process of investigation.”

Any suspension of the controversial logging plans while the SCS investigation takes place would come as welcome news to citizens groups opposed to the destruction of these unique ancient forests situated on steep unstable slopes, and the species that depend upon them.

In recent weeks HRC has escalated tensions by deploying a paramilitary-style security corporation, Lear Asset Management, that has threatened nonviolent protesters with tasers and attack dogs, sought to deprive protesters of sleep by playing loud music and shining bright lights at them at night, and tugging at the “lifelines” that keep them suspended in precarious tree-top perches near the ridge.

“Consumers embrace certified wood because they want to keep the old, original forests standing and preserve their public trust values of water, wildlife and fish,” LCL’s Michael Evenson said. “They believe certified wood comes from carefully managed second- and third-growth stands without the use of poisons.

“Should HRC cut this forest down before the inquiry is completed HRC will have abandoned any claim to sustainability and be destroying the evidence of a primeval intact ecosystem flourishing on their lands.”

For the full text of the grievance letter click here – https://drive.google.com/file/d/1BZ2_pTlZntpE-X1T9TCwbDbnuYBSb3zb/view.

About the Lost Coast League:
Founded in 1961 as the Mattole Action Committee, the Lost Coast League is a grassroots organization made up of working professionals pledged to protect the public trust resources of this unique area. Collectively we believe that conserving what is left of our old growth forests-and restoring the vast majority of lands that have already been damaged-is important not only for our local ecosystem, but for the global community as well.

The Lost Coast is home to a vast number of plant and animal species indigenous and only found in the Pacific Northwest. We work closely with board members and consultants from other local non-profit organizations to maintain wildlife values in this region.

Learn more about LCL at: https://www.lostcoastleague.org/

Founded in 1961 as the Mattole Action Committee, the Lost Coast League is a grassroots organization made up of working professionals pledged to protect the public trust resources of this unique area. Collectively we believe that conserving what is left of our old growth forests - and restoring the vast majority of lands that have already been damaged - is important not only for our local ecosystem, but for the global community as well.

LEGAL NOTICE AND TERMS OF USE: The content of the above press release was provided by the “news source” Lost Coast League or authorized agency, who is solely responsible for its accuracy. Send2Press® is the originating wire service for this story and content is Copr. © Lost Coast League with newswire version Copr. © 2018 Send2Press (a service of Neotrope). All trademarks acknowledged. Information is believed accurate, as provided by news source or authorized agency, however is not guaranteed, and you assume all risk for use of any information found herein/hereupon.