"We are pleased and honored to have Christopher Merrill join our program this year," said Rex Weiner, a co-founder of the Todos Santos Writers Workshop.

LOS ANGELES, Calif., Sept. 16, 2015 (SEND2PRESS NEWSWIRE) — Christopher Merrill, director of the International Writing Program at the University of Iowa, has joined the lineup of literary talents featured at the 2016 Todos Santos Writers Workshop (TSWW) January 24-30. The center for creative writing located in the historic pueblo magico of Todos Santos, Baja California Sur, Mexico is in its third year and will offer a week of seminars along with craft workshops in the art of Fiction, Poetry, Nonfiction and Memoir for writers at all levels led by professional authors and editors.

“We are pleased and honored to have Christopher Merrill join our program this year,” said Rex Weiner, a co-founder of the Todos Santos Writers Workshop. “As one of the literary world’s important writers and educators, Chris will instruct and inspire our workshop participants, and help bring focus to the many urgent issues currently besieging Todos Santos and our global environment.”

Appointed in April 2012 by President Obama to the National Council on the Humanities, Christopher Merrill has published six collections of poetry, including “Watch Fire,” for which he received the Lavan Younger Poets Award from the Academy of American Poets; many edited volumes and books of translations; and five works of nonfiction, among them, “Only the Nails Remain: Scenes from the Balkan Wars” and “Things of the Hidden God: Journey to the Holy Mountain.”

His latest prose book, “The Tree of the Doves: Ceremony, Expedition, War,” chronicles travels in Malaysia, China and Mongolia, and the Middle East. His writings have been translated into over thirty languages; his journalism appears widely; his honors include a Chevalier from the French government in the Order of Arts and Letters. As director of the International Writing Program at the University of Iowa, Merrill has conducted cultural diplomacy missions to more than forty countries. He serves on the U.S. National Commission for UNESCO.

The Todos Santos Writers Workshop was created in 2014 to add literary arts to the array of artistic endeavors hosted in Todos Santos, one hour north of Cabo San Lucas on the Pacific Coast of Baja California Sur. The Mexican government’s official designation of pueblo magico spotlights Todos Santos as an artisan’s center offering annual film, music, and art festivals and celebrations of local culture.

TSWW registration is priced at $750 and participation is limited to a maximum of 20. TSWW supports The Palapa Society, the town’s youth-oriented educational organization, providing two scholarships to the non-profit. 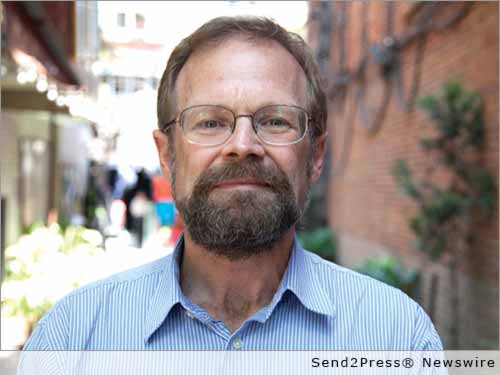 NEWS ARCHIVE NOTE: this archival news content, issued by the news source via Send2Press Newswire, was originally located in the Send2Press® 2004-2015 2.0 news platform and has been permanently converted/moved (and redirected) into our 3.0 platform. Also note the story “reads” counter (bottom of page) does not include any data prior to Oct. 30, 2016. This press release was originally published/issued: Wed, 16 Sep 2015 07:02:00 +0000

View More Books and Publishing News
"We are pleased and honored to have Christopher Merrill join our program this year," said Rex Weiner, a co-founder of the Todos Santos Writers Workshop.

LEGAL NOTICE AND TERMS OF USE: The content of the above press release was provided by the “news source” Todos Santos Writers Workshop or authorized agency, who is solely responsible for its accuracy. Send2Press® is the originating wire service for this story and content is Copr. © Todos Santos Writers Workshop with newswire version Copr. © 2015 Send2Press (a service of Neotrope). All trademarks acknowledged. Information is believed accurate, as provided by news source or authorized agency, however is not guaranteed, and you assume all risk for use of any information found herein/hereupon.