Irwin Golds, Banking and Business Executive Appointed to Bank of Southern California Board of Directors

Currently, Irwin serves as the CEO and co-founder of Capitis Real Estate, a real estate brokerage, escrow and investment firm. Mr. Golds’ professional career includes extensive experience in banking, serving as a founder of Desert Commercial Bank and Interim President and Board Director at Palm Desert National Bank. During his professional career Mr. Golds served as partner in two well respected law firms, until retiring from the practice of law in 2003.

Mr. Golds currently serves on the Board of the Desert Community Foundation and the Board of the UCLA Alumni Association. “Irwin is an influential community leader in the Coachella Valley, and given the importance of the desert region to Bank of Southern California, we are extremely pleased that Irwin has joined our board of directors,” commented Nathan Rogge, CEO of Bank of Southern California. “He brings a wealth of experience from a variety of perspectives, and his insight of the Coachella Valley will help us as we continue to grow the bank in that market.”

In December 2010, the bank acquired the La Quinta and Palm Springs branches from Palm Desert National Bank as its entry into the Coachella Valley which the bank sees as a key Southern California market. Then in March 2013, Bank of Southern California acquired the La Quinta office building that they had leased for the prior two years. And in September 2013, the bank hired Kevin McGuire, former CEO and Chairman of Palm Desert National Bank to help lead its growth in the market.

“The addition of Irwin and Kevin, and our purchase of the office building in La Quinta are a reflection of our long-term commitment to the Valley and our desire to more fully and permanently serve our clients in the Desert Cities area. The Valley has recently lost many of its long term community banks through mergers and acquisition, and Bank of Southern California fills that void,” concluded Nathan Rogge. 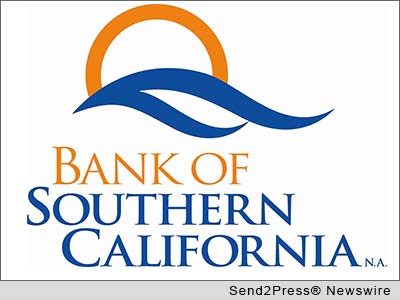 Alternate Headline: Irwin Golds Appointed to Bank of Southern California Board of Directors

NEWS ARCHIVE NOTE: this archival news content, issued by the news source via Send2Press Newswire, was originally located in the Send2Press® 2004-2015 2.0 news platform and has been permanently converted/moved (and redirected) into our 3.0 platform. Also note the story “reads” counter (bottom of page) does not include any data prior to Oct. 30, 2016. This press release was originally published/issued: Tue, 03 Dec 2013 08:05:39 +0000

LEGAL NOTICE AND TERMS OF USE: The content of the above press release was provided by the “news source” Bank of Southern California NA or authorized agency, who is solely responsible for its accuracy. Send2Press® is the originating wire service for this story and content is Copr. © Bank of Southern California NA with newswire version Copr. © 2013 Send2Press (a service of Neotrope). All trademarks acknowledged. Information is believed accurate, as provided by news source or authorized agency, however is not guaranteed, and you assume all risk for use of any information found herein/hereupon.