'Christians in the Mirror' includes interviews with religious leaders and persecuted Christians in Syria, India, Iraq, South Sudan and Egypt 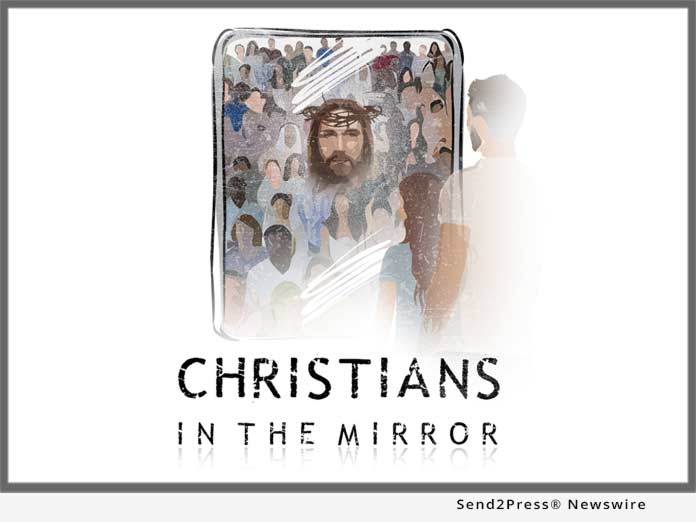 “I started Joshuacord six years ago with a yearly 5K run in Tampa to bring awareness to the ongoing plight of persecuted Christians,” says Carberry. “‘Christians in the Mirror,’ a soon-to-be-released documentary, is just one more way to communicate our mission. Edmund Burke, an Irish statesman once said, ‘Evil prevails when good men do nothing,’ so we’re taking those words to heart and trying to help however we can.”

A Go Fund Me campaign has also been launched to help with the video’s distribution.

Paul first met Patrick about one year ago and the two hit it off instantly. “We really connected. We both have the goal of making a difference to raise awareness about Christians being persecuted for their faith,” Jallo says.

Having been born and raised in the Middle East, Jallo knows first-hand how people who are Jesus followers are treated.

“When I met Patrick and learned about his organization and film project, I was quick to get involved. The film shows real stories of Christian persecution and we can make a difference in this struggle that kills Christians for their faith. God has given me more than I deserve and I want to pay it forward,” Jallo says.

It’s the hope of the film’s executive team that “Christians in the Mirror” will activate Christians across America to stand united to help those under persecution for their faith.

“Christians in the Mirror” includes interviews with religious leaders and persecuted Christians in Syria, India, Iraq, South Sudan and Egypt. Ultimately, it’s a wake-up call for people to help.

“We want our Christian brothers and sisters in the Middle East and Africa to know that they’re not alone and to encourage all who believe in human rights, religious freedom and freedom of conscience to step up and speak out,” Jallo says.

GoFundMe Page for “Christians in the Mirror” – https://www.gofundme.com/8addb-christians-in-the-mirror-film

Christians in the Mirror  |  persecuted Christians

View More Movies and Filmmaking News
"I started Joshuacord six years ago with a yearly 5K run in Tampa to bring awareness to the ongoing plight of persecuted Christians," says Carberry. "'Christians in the Mirror,' a soon-to-be-released documentary, is just one more way to communicate our mission."

LEGAL NOTICE AND TERMS OF USE: The content of the above press release was provided by the “news source” Joshuacord Inc. or authorized agency, who is solely responsible for its accuracy. Send2Press® is the originating wire service for this story and content is Copr. © Joshuacord Inc. with newswire version Copr. © 2018 Send2Press (a service of Neotrope). All trademarks acknowledged. Information is believed accurate, as provided by news source or authorized agency, however is not guaranteed, and you assume all risk for use of any information found herein/hereupon.