Because of reduced capacity to adhere with CDC guidelines, tickets are expected to go fast

TAMPA, Fla., Jan. 22, 2021 (SEND2PRESS NEWSWIRE) — Award-winning Rap artists Rick Ross, 2 Chainz, and Jack Harlow are going to light up Tampa at a pre-game party you do not want to miss. “Super Glow Tampa is going to transform – for just one night – the iconic Dallas Bull into the coolest, Glow in the Dark Rap nightclub Tampa has ever seen,” said Event Producer Melody Robles, owner of Melody Lives Fit Productions. 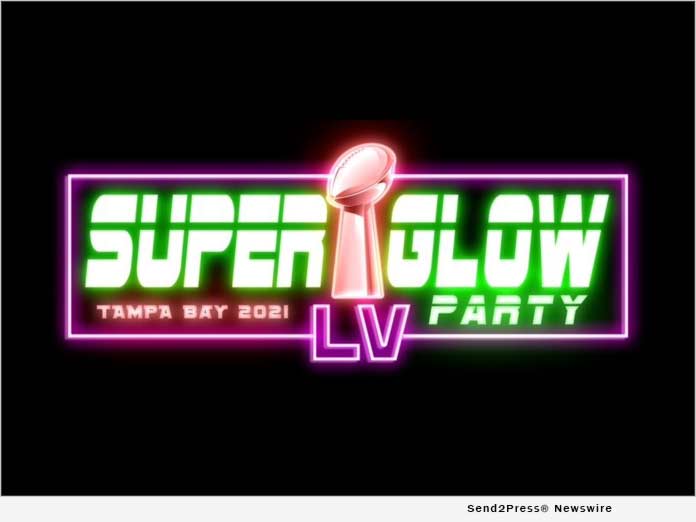 In addition to the legendary musicians, the night will also feature dancers, DJ Kid Nemesis, and live art performances.

General admission, VIP tickets, and a limited number of right-in-front-of-the-stage VIP tables are available at the event website, http://superglowtampa.com/.

Because of reduced capacity to adhere with CDC guidelines, tickets are expected to go fast.

Grammy® nominated Rick Ross is a larger-than-life rap star who has dominated the hip-hop world for over a decade, mentoring artists such as Meek Mill and collaborating with fellow superstars such as Drake and Jay-Z. His 11th album – sure to be another hit – will be released this year.

American webcast series Verzuz invites two music icons to square off in a “battle” for bragging rights as the musicians DJ their greatest hits. In August 2020, Ross squared off with 2 Chainz, who will also be hosting at the first-ever Super Glow Party.

2 Chainz is an Atlanta rap veteran, whose origins were in the duo Playaz Circle followed by a stint with Ludacris’ Disturbing tha Peace crew. Now, he is one of the hottest rappers in the game, and his sixth studio album, So Help Me God, just dropped in November of 2020.

Maverick rapper Jack Harlow joins these star-studded hosts on the Dallas Bull stage. Harlow’s popularity has been meteoric since the release of his 3rd Platinum single, “WHATS POPPIN,, in 2020. At 22, he is a relative newcomer to the hip hop scene, but his success is the stuff of legend, with BET Hip Hop nominations and the Billboard Top 100 already under his belt.

Come see all three artists on one great stage February 5 at this Anything Glows event!

If you would like more information about this event, or how event planners are adhering to CDC guidelines, go to http://superglowtampa.com/ or email superglowpartylv@gmail.com

LEGAL NOTICE AND TERMS OF USE: The content of the above press release was provided by the “news source” Melody Lives Fit Productions or authorized agency, who is solely responsible for its accuracy. Send2Press® is the originating wire service for this story and content is Copr. © Melody Lives Fit Productions with newswire version Copr. © 2021 Send2Press (a service of Neotrope). All trademarks acknowledged. Information is believed accurate, as provided by news source or authorized agency, however is not guaranteed, and you assume all risk for use of any information found herein/hereupon.