DALLAS, Texas, Nov. 18, 2019 (SEND2PRESS NEWSWIRE) — It is not a secret that young kids are very impressionable, and what they see on children’s media will most likely make a big impact on how they will see and act out in the world, says author Natalie Gonchar. On October 24, Natalie’s book, “Mr. Gringle’s Magical Wheelchair” (ISBN: 978-1612543154), was released, and it is now on the shelves at Barnes & Noble stores across the U.S. Natalie, a high school student, wrote the book after noticing a lack of children’s books featuring lead characters who have disabilities. 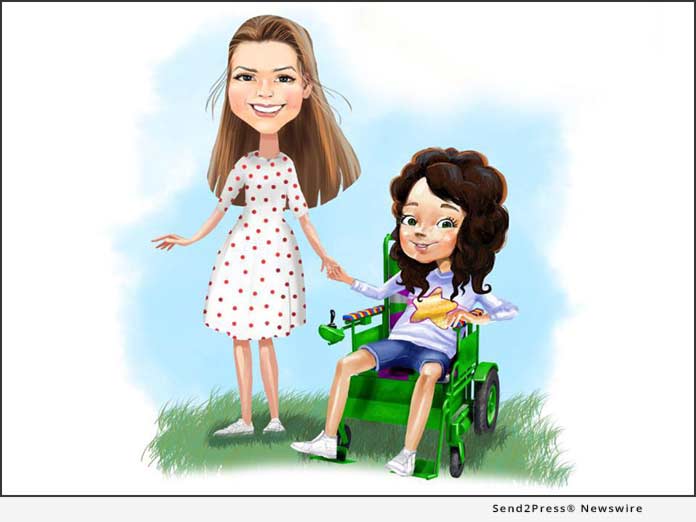 “When disabilities are portrayed in the media, storylines often focus on what a character can’t do, instead of what they can do. I believe it’s important to avoid those stereotypes and focus on realistic experiences, challenges, and victories instead,” Gonchar said.

Unfortunately, the media has had a history of vastly under-representing minorities and people with disabilities. Until recently, very few books, television shows and movies featured characters who were not white, straight, and able-bodied. A study of award-winning children’s books published from 1975 to 2009 revealed a disproportionately smaller percentage of children with disabilities and ethnic diversity compared to those shown in actual classroom numbers. Today the situation is a little better, but still, when people with disabilities are included in plotlines, they are often marginal characters—or, they are stigmatized with sad or dramatic stories.

Having a casual, reoccurring character, who also happens to have a disability, in children’s media could help stop casual ableism found in kids and would mean so much to children with disabilities. 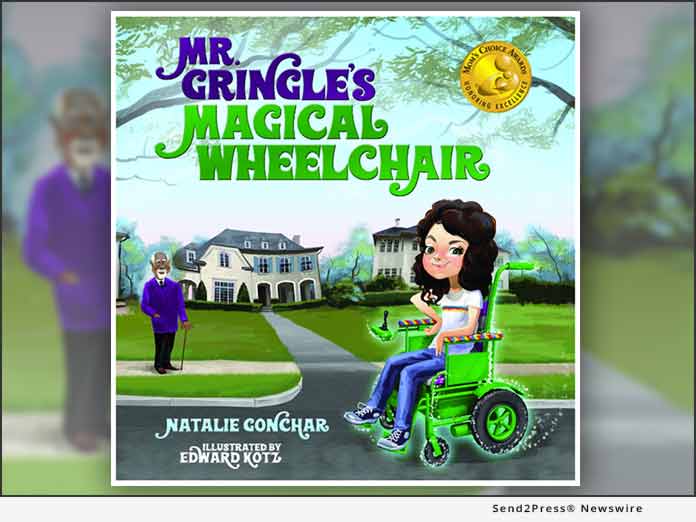 “We need more inclusionary books, where a character who has a disability is included, but the story is not about the disability,” says Dr. Joan K. Blaska, a retired professor and author of “Using Children’s Literature to Learn about Disabilities and Illness.” Reading stories that include characters with mental or physical challenges, who are portrayed in a positive light, helps expand children’s concepts of what is “normal,” building empathy and acceptance.

“Mr. Gringle’s Magical Wheelchair” has already won the Gold Mom’s Choice Award, a national award honoring excellence in family friendly media, and is currently under review for the Schneider Family Book award by the American Library Association (ALA). It is a wonderful story about a girl who finds strength to stand up to bullies and protect her friends.

Natalie is donating proceeds from the book’s sales to Big Dreams Children’s Foundation (BDCF), a nonprofit organization that provides financial and emotional support for kids with disabilities around the world.

If you’re shopping for children this holiday season, consider “Mr. Gringle’s Magical Wheelchair,” available at any Barnes & Noble. It’s just one book, but it has the potential to impact many children—through its message, and its mission.

View More Books and Publishing News
"When disabilities are portrayed in the media, storylines often focus on what a character can't do, instead of what they can do. I believe it's important to avoid those stereotypes and focus on realistic experiences, challenges, and victories instead," Gonchar said.

ABOUT THE NEWS SOURCE:
Natalie Gonchar

Author Natalie Gonchar is 17. She is a journalist contributing articles to local and international newspapers and is an active advocate for disability representation. She is the President of the junior board of Big Dreams Children's Foundation. In both 2018 and 2019 Natalie received The President's Volunteer Service Award.

LEGAL NOTICE AND TERMS OF USE: The content of the above press release was provided by the “news source” Natalie Gonchar or authorized agency, who is solely responsible for its accuracy. Send2Press® is the originating wire service for this story and content is Copr. © Natalie Gonchar with newswire version Copr. © 2019 Send2Press (a service of Neotrope). All trademarks acknowledged. Information is believed accurate, as provided by news source or authorized agency, however is not guaranteed, and you assume all risk for use of any information found herein/hereupon.