ATLANTA, Ga., Dec. 8, 2020 (SEND2PRESS NEWSWIRE) – MEDIA ADVISORY — Just a day before they must fight in court against the purging of Georgia voters, the Transformative Justice Coalition and Rainbow PUSH Coalition will join the Georgia Coalition for the Peoples’ Agenda, community leaders and organizers from across the state for a press conference to kick-off the John Lewis “Good Trouble” March and Votercades to mobilize voters for the U.S. Senate runoff races and Public Service Commission race on Jan 5, 2021. 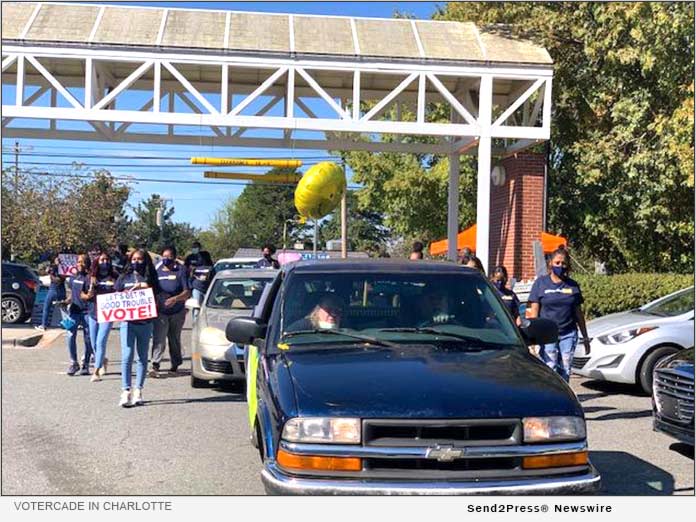 The John Lewis March and Caravan is designed to capture the Spirit of the Late Congressman’s legacy of getting into Good Trouble. “We are here in Atlanta to ensure voters are able to vote in large numbers to Finish The Job,” President Arnwine, continued.

“With the John Lewis spirit of overcoming suppressive odds; with the commitment of protecting and expanding access to the ballot box; with the determination for Georgians to not be denied voting rights, the John Lewis Good Trouble March and Votercade creates a level of excitement that inspires Black and Brown people to vote in the special election,” President Arnwine stated.

The Marches and Votercades – currently planned in 15 cities and growing – will bring attention to the urgent need for voters to finish the job they started by voting and also promote early voting.

For more information or to sponsor a John Lewis Good Trouble March and Votercade visit http://votingrightsalliance.org/.

Founded by Barbara Arnwine, president emeritus of the lawyer’s committee for civil rights Under the law, the Transformative Justice Coalition seeks to be a catalyst for transformative institutional changes that bring about justice and equality in the united states and abroad. Website: https://tjcoalition.org/

Founded by Barbara Arnwine, president emeritus of the lawyer's committee for civil rights Under the law, the Transformative Justice Coalition seeks to be a catalyst for transformative institutional changes that bring about justice and equality in the united states and abroad.

LEGAL NOTICE AND TERMS OF USE: The content of the above press release was provided by the “news source” Transformative Justice Coalition or authorized agency, who is solely responsible for its accuracy. Send2Press® is the originating wire service for this story and content is Copr. © Transformative Justice Coalition with newswire version Copr. © 2020 Send2Press (a service of Neotrope). All trademarks acknowledged. Information is believed accurate, as provided by news source or authorized agency, however is not guaranteed, and you assume all risk for use of any information found herein/hereupon.