NEW YORK, N.Y., Aug. 1, 2019 (SEND2PRESS NEWSWIRE) — The Korea Agro-Fisheries & Food Trade Corporation (aT, President Lee Byung-ho) successfully hosted the K-Food Fair 2019 at the Jacob K. Javitz Center in New York on July 6-7. The K-Food Fair was held in conjunction with the KCON Convention, organized by CJ ENM, which was attended by over 55,000 millennial and Generation Z fans of Korean culture. 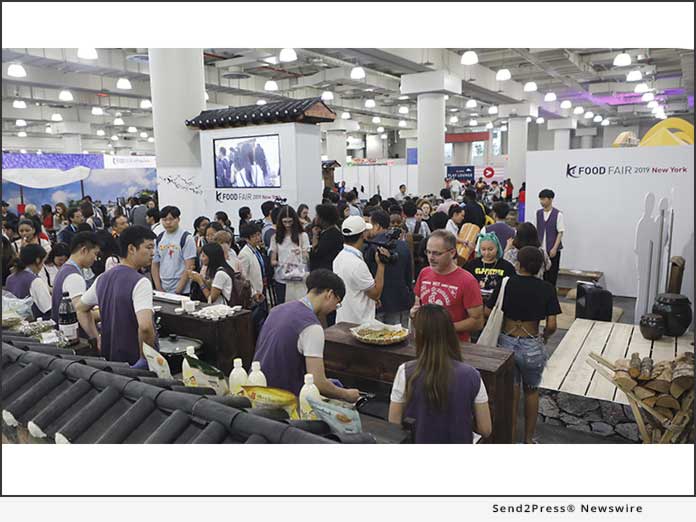 The K-Food Fair booth, which was designed to introduce time-traveling experience to a traditional Korean village, had 30,000 visitors over the course of the convention. Having attracted much attention from overseas fans and KCON visitors, the various stalls at the K-Food Fair stimulated the senses of young New Yorkers and visitors alike.

The event was organized with the theme of “past, present, and future of Korean agri-food products.” The traditional pavilion exhibited and sampled Korean agricultural and marine products such as snacks, ramen, and pears. 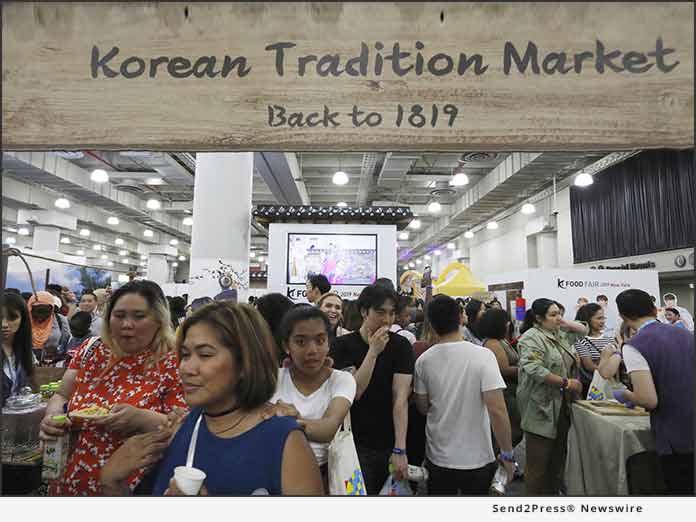 Also introduced were promising export items, such as omija and insect foods, that will hopefully continue the interest in Korean agricultural products. Finally, chefs from the world-leading Culinary Institute of America were able to re-create various dishes such as spicy pork and mealworm sliders. 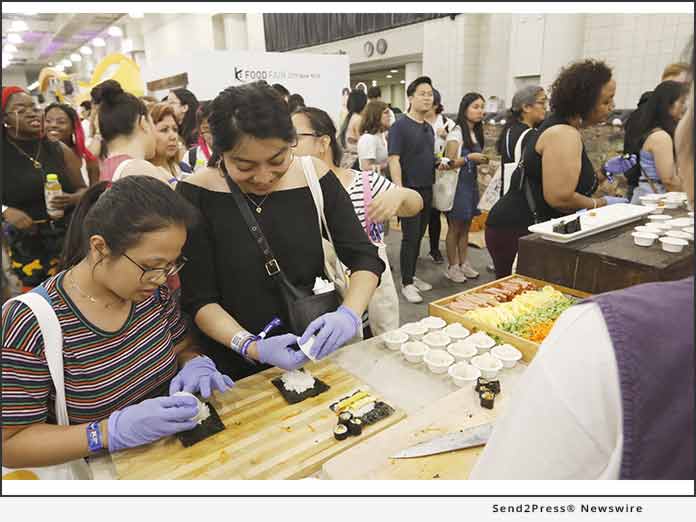 Kim Kwang-jin, President of Korea Agro-Trade Center, New York, said, “Through the K-Food Fair Pavilion in New York, we were able to confirm the high interest of the millennial generation for K-Food.

“I expect if the millennial generation experience Korean food since childhood, they will eat and buy Korean food without hesitation even after they grown up.”

He adds that he will continue to look for the best ways to promote Korean food for future generations to enjoy.

View More Food and Beverage News
"Through the K-Food Fair Pavilion in New York, we were able to confirm the high interest of the millennial generation for K-Food," Kim Kwang-jin, President of Korea Agro-Trade Center, New York.

aT AMERICA is the U.S. regional headquarters of Korea Agro-Fisheries & Food Trade Corporation in Republic of Korea with branch offices in New York, New York and Los Angeles, California. Korea Agro-Fisheries & Food Trade Corp. is the government agency that was founded in 1967 entrusted with the promotion of trade, exportation, and marketing of Korean foods and beverages around the world.

LEGAL NOTICE AND TERMS OF USE: The content of the above press release was provided by the “news source” Korea Agro-Trade Center NY or authorized agency, who is solely responsible for its accuracy. Send2Press® is the originating wire service for this story and content is Copr. © Korea Agro-Trade Center NY with newswire version Copr. © 2019 Send2Press (a service of Neotrope). All trademarks acknowledged. Information is believed accurate, as provided by news source or authorized agency, however is not guaranteed, and you assume all risk for use of any information found herein/hereupon.