"All seven campaigns are very worthwhile," says Janet Washburn, an LTCFP Partner and National Trainer, based in Florida. "They're all needed because they all address, in their own particular way, the need for long-term care planning."

NAPLES, Fla., Nov. 18, 2013 (SEND2PRESS NEWSWIRE) — Long-term care experts across America are giving a boost to seven awareness campaigns that seek to join Thanksgiving at this month’s table of caring. The experts are state-certified agents with LTC Financial Partners, LLC (LTCFP), one of America’s largest and most experienced long-term care insurance agencies.

“All seven campaigns are very worthwhile,” says Janet Washburn, an LTCFP Partner and National Trainer, based in Florida. “They’re all needed because they all address, in their own particular way, the need for long-term care planning.” With the nation’s attention focused on the Affordable Care Act, insufficient LTC planning is an almost invisible elephant in the room, Washburn asserts.

Various associations and agencies have designated November as “awareness month” for their cause.

Yet another LTC awareness program (number seven, this one year-round) is the 3 in 4 Need More campaign — http://3in4needmore.com/ — run by the 3in4 Association.

LTCFP is founding sponsor of 3in4; and this July Washburn was appointed to the advisory board, serving alongside 23 other industry leaders. The organization is running awareness seminars in California in collaboration with the California Partnership for Long-Term Care.

The seven separate campaigns may at first seem far-ranging, “but they all boil down to one important thing,” says Washburn. “That’s the huge gap in long-term care planning.” She points out that most of us don’t have a way to pay for long-term care. “Health insurance doesn’t cover it, Medicare doesn’t either, and few of us have enough savings or assets to pay for it.”

The problem is especially acute because it’s so widespread. “It affects almost everyone,” says Washburn. “Personally or financially most will be hit by it at some point, almost for sure. We’ll either need long-term care ourselves, or we’ll be called upon to provide care for someone else.”

While all seven campaigns focus on the long-term care problem, two of them — Long Term Care Awareness Month and the 3 in 4 Need More campaign — do so universally. The other five specialize in some facet: the location of care (home or hospice), condition requiring care (cognitive dysfunction), or a population segment with a special need for care (returning veterans).

One of the seven focuses not on those who need care but on family members who are called upon to provide it, often risking their own health or financial security.

LTCFP supports the objectives of all seven campaigns. “They offer something worth talking about at the Thanksgiving table,” says Washburn.

About LTC Financial Partners, LLC:
LTCFP — http://www.ltcfp.com/ — serves employee groups and associations as well as individuals. The solution experts are led by Mark Goldberg, National Sales Manager. Goldberg serves as director and officer of the 3in4 Association. 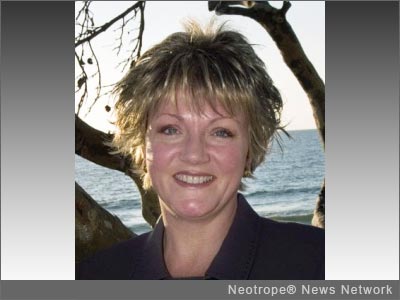 NEWS ARCHIVE NOTE: this archival news content, issued by the news source via Send2Press Newswire, was originally located in the Send2Press® 2004-2015 2.0 news platform and has been permanently converted/moved (and redirected) into our 3.0 platform. Also note the story “reads” counter (bottom of page) does not include any data prior to Oct. 30, 2016. This press release was originally published/issued: Mon, 18 Nov 2013 07:00:01 +0000

View More Finance News
"All seven campaigns are very worthwhile," says Janet Washburn, an LTCFP Partner and National Trainer, based in Florida. "They're all needed because they all address, in their own particular way, the need for long-term care planning."

LEGAL NOTICE AND TERMS OF USE: The content of the above press release was provided by the “news source” ACSIA Partners LLC or authorized agency, who is solely responsible for its accuracy. Send2Press® is the originating wire service for this story and content is Copr. © ACSIA Partners LLC with newswire version Copr. © 2013 Send2Press (a service of Neotrope). All trademarks acknowledged. Information is believed accurate, as provided by news source or authorized agency, however is not guaranteed, and you assume all risk for use of any information found herein/hereupon.