SAN DIEGO, Calif., May 29, 2020 (SEND2PRESS NEWSWIRE) — A local San Diego company, The PPE Supply Co., plays a significant role in getting hospitals and government agencies the PPE they need. Located in San Marcos, California the company began in an attempt to help during the coronavirus crisis. However, it ended up becoming one of the largest companies facilitating hospitals, businesses and government agencies personal protective equipment (PPE) around the country. 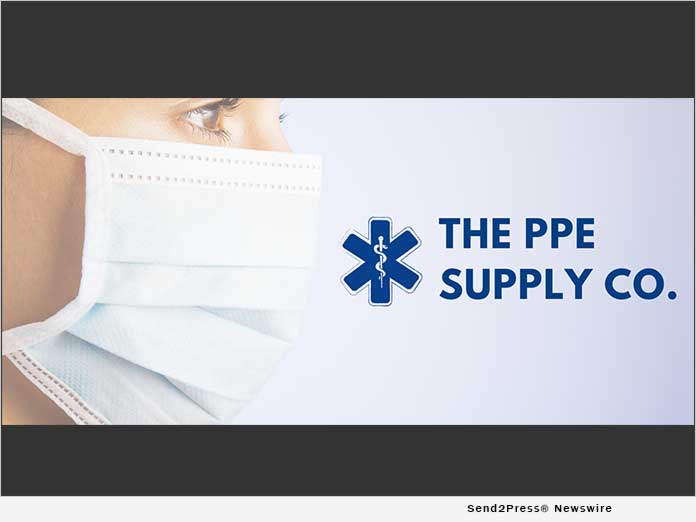 Serial entrepreneur Bardia Rahim began the company in quarantine as he followed the news leading up to the pandemic. “I kept hearing on the news about the PPE shortage in hospitals and just wanted to help. I knew a few of my friends were large-scale suppliers so I reached out to see what we could do. I just made a few phone calls and had no idea how massively this would turn out. I saw a need and just took action.”

Rahim initially founded the company with the mere intention to help, but has now secured substantial government contracts with the pentagon as well as large hospital buying groups nationwide. These contracts will help supply over 500,000 hospitals with PPE amidst the shortage due to the coronavirus pandemic.

The PPE Supply Co. specializes in “spot buys” out of Los Angeles. This means that goods to be distributed to buyers are already landed and ready to be delivered immediately within the USA. With counterfeit PPE sales at an all-time high, Rahim believes that dealing with USA manufactured goods is the best and safest way to operate.

Spot buy deals also ensure that the goods are readily available, as many distributors are making claims on fictitious lots. The spot buy is a buying practice typically used by hospitals during crises, or when there is a shortage and they need goods “on the fly.” They are faster transactions on live products which ship immediately. These deals are extremely prevalent now, as there is an overwhelming shortage in PPE supply, during the current state of emergency.

Especially since relations with China, the main producers of PPE for the USA, are turbulent most buyers have been forced to source goods within the country. The Trump administration has put extensive tariffs on Chinese exports and even halted their shipments amidst the recent trade war. This is good news for USA producers, however, there is still extreme shortage as output volumes are not yet up to par with the overwhelming demands.

The PPE Supply Co’s efforts are acknowledged. Hopefully this will be a catalyst and inspiration for companies and individuals to pivot and find success amidst chaos. Small businesses fuel the economy so it is important to keep them alive and well. Rahim says his company will designate twenty percent of its profits toward mask donations to hospitals nationwide.

Note to editors: proof of completed deliverables and other validations available on request.

View More Health and Medical News
"I kept hearing on the news about the PPE shortage in hospitals and just wanted to help. I knew a few of my friends were large-scale suppliers so I reached out to see what we could do," says company founder Bardia Rahim.

More from The PPE Supply Co

ABOUT THE NEWS SOURCE:
The PPE Supply Co

The PPE Supply Co. is dedicated to optimizing the quality and efficiency of global personal protective equipment distribution. We accomplish this mutual goal through an integrative approach to fulfillment of supply and demand.

LEGAL NOTICE AND TERMS OF USE: The content of the above press release was provided by the “news source” The PPE Supply Co or authorized agency, who is solely responsible for its accuracy. Send2Press® is the originating wire service for this story and content is Copr. © The PPE Supply Co with newswire version Copr. © 2020 Send2Press (a service of Neotrope). All trademarks acknowledged. Information is believed accurate, as provided by news source or authorized agency, however is not guaranteed, and you assume all risk for use of any information found herein/hereupon.