UNIVERSAL CITY, Texas, Oct. 7, 2021 (SEND2PRESS NEWSWIRE) — I am excited to announce my candidacy as a Republican in the 28th U.S. Congressional District of Texas. I’m running for Congress because I’m sick of illegal immigrants pouring into our country. I’m tired of the caravans swarming our border. I don’t like illegal alien criminals putting my family or yours, at risk. President Biden, Nancy Pelosi, and the radical Democrats are doing nothing to stop it. In fact, they are encouraging it. If we don’t stop the flow immediately, our country will never be the same. We cannot just sit back and let it happen. We must fight like hell to stop it. 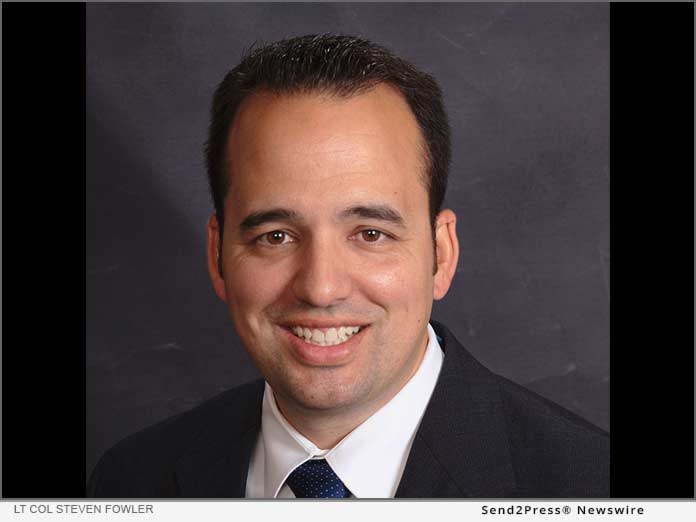 For over 17 years, I have served this nation as an officer in the U.S. Air Force. I’m a small business owner, an Aggie, a Longhorn, and a third generation Texan. I’m a husband and Dad to three young daughters.

In the Air Force, I flew the most capable bomber aircraft in the world, the B-1B Lancer. I deployed twice to the Middle East where I flew 73 combat missions and 891 combat hours over Afghanistan. I fought like hell against the Taliban and Al-Qaeda. The U.S. government entrusted me with a $283 million aircraft and authorized me to make life and death decisions against these terrorists.

I know how to fight, and I know how to lead. That is exactly what I’ll do in this campaign and when I get to Congress. Jessica Cisneros, also known as the AOC of Texas, is running in the Democrat primary in TX-28. She lost the Democrat primary in 2020 by just a few percentage points and is back again in 2022 with more experience and a significant amount of money. She is very likely to win in the primary and get elected to Congress — unless a Republican can beat her.

Ms. Cisneros is sponsored by the extreme left group, Justice Democrats. This is the same organization that sponsored AOC before her victory. Cisneros has been endorsed by AOC and wants to bring these same extreme left policies to Texas. Cisneros supports open borders and wants to take jobs away from the oil and gas industry, which provide high-paying jobs to families in TX-28 and are essential to the Texas economy. The last thing the United States or South Texas needs is AOC 2.0 in Congress. I’m not going to let it happen. I gave up my active-duty military retirement, with just over three years left, to wage this fight.

There are very few districts in Congress that are truly competitive. Out of 38 districts in Texas, only two are competitive. The 28th district is one of them. This seat is winnable for Republicans, and I intend to win it. Families in South Texas are sick of the Biden immigration policies that put extreme strain on their communities. They are ready to elect a Representative that stands for border security, fights for their jobs, their families, and their security. They are ready to get rid of weak career politicians. They don’t want AOC 2.0 to represent them. They are ready to elect a fighter. Now is the time. We can’t wait. If we don’t act now, we risk losing our country as we know it, forever. Are you ready to fight like hell with me for President Trump’s America First Agenda?

Candidate for Congress in TX-28

POLITICAL NEWS DISCLAIMER: Send2Press® Newswire is a non-biased news dissemination vehicle which does not endorse any political party. News presented does not reflect the opinion or belief of Send2Press, its staff, or its parent company, Neotrope®. All material outside direct quotes should be carefully researched prior to use in any format media.

View More Elections and Politics News
"I know how to fight, and I know how to lead. That is exactly what I’ll do in this campaign and when I get to Congress.," says Fowler.

More from Fowler for Texas

ABOUT THE NEWS SOURCE:
Fowler for Texas

LEGAL NOTICE AND TERMS OF USE: The content of the above press release was provided by the “news source” Fowler for Texas or authorized agency, who is solely responsible for its accuracy. Send2Press® is the originating wire service for this story and content is Copr. © Fowler for Texas with newswire version Copr. © 2021 Send2Press (a service of Neotrope). All trademarks acknowledged. Information is believed accurate, as provided by news source or authorized agency, however is not guaranteed, and you assume all risk for use of any information found herein/hereupon.