BOLINGBROOK, Ill., Dec. 21, 2016 (SEND2PRESS NEWSWIRE) — Midwest Fuel Injection of Bolingbrook, Ill., a supplier and remanufacturer of diesel fuel injection components, announced today they have successfully completed both the ISO 9001:2015 and ISO 14001:2015 certification and upgrade audits, becoming among the first businesses in the country to successfully implement the rigorous standards of the latest versions. 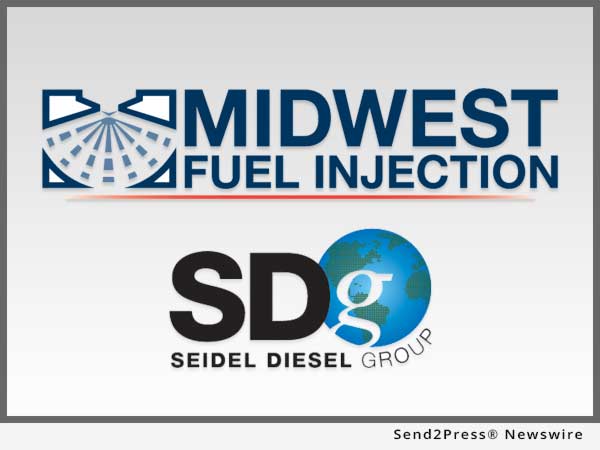 Eric Wade, General Manager and ISO Management Representative, made the internal announcement at the company’s Bolingbrook, Ill. headquarters on December 21, 2016. “After a year of preparation, we believe the new certifications emphasize our ongoing commitment to a quality and environmental management program. We are proud to be among the first companies to move from the previous standards to those published in September of 2015.”

The ISO 9001:2015 and 14001:2015 are the latest revision of the world’s most widely applied international standard on quality and environmental management systems. Companies worldwide adhere to this standard to demonstrate to their customers that their products and services maintain the highest quality at all times.

“Completing the process before year-end was a goal of Eric’s and our Quality Team,” said Ben Seidel, CEO of the Seidel Diesel Group. “Clearly, the new standards are more customer and environmentally focused.”

The Seidel Diesel Group has established itself as a leading supplier of Diesel Fuel Injection Components in the United States, offering an extensive line of Turbochargers, Pumps, Injectors, Fuel Additives and a broad range of ancillary diesel engine components.

The Seidel Diesel Group is headquartered in Bolingbrook, Illinois.

View More Manufacturing News
"After a year of preparation, we believe the new certifications emphasize our ongoing commitment to a quality and environmental management program. We are proud to be among the first companies to move from the previous standards to those published in September of 2015," said Eric Wade, General Manager, Midwest.

The Seidel Diesel Group was founded in 1981 by Geret Seidel. Current operations are in our state-of-the-art facility in Bolingbrook, IL. Today, the Seidel Diesel Group has over 150 dedicated employees at 12 locations. Our commitment is to provide customers superior quality, service and workmanship which has contributed to our continued growth internationally.

LEGAL NOTICE AND TERMS OF USE: The content of the above press release was provided by the “news source” Seidel Diesel Group or authorized agency, who is solely responsible for its accuracy. Send2Press® is the originating wire service for this story and content is Copr. © Seidel Diesel Group with newswire version Copr. © 2016 Send2Press (a service of Neotrope). All trademarks acknowledged. Information is believed accurate, as provided by news source or authorized agency, however is not guaranteed, and you assume all risk for use of any information found herein/hereupon.