MINNEAPOLIS, Minn., May 16, 2016 (SEND2PRESS NEWSWIRE) — In an unprecedented move, officers and delegates within the Republican Party of Minnesota (MNGOP) have announced their intention to repudiate their party’s presumptive nominee for president, organizing under the name Conservatives for Candidates of Character. At an upcoming meeting of the party’s state central committee, the group will propose a prohibition on MNGOP expenditures in support of the controversial candidate. 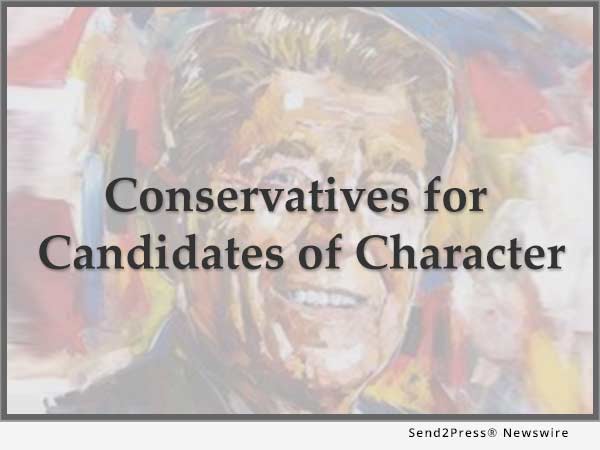 “We want to send a clear message that Republicans in Minnesota categorically reject the divisive candidacy of Donald Trump,” said Walter Hudson, a convention delegate and local officer appointed as spokesman for the group.

“Party unity is earned, not dictated,” Hudson continued. “Since securing his role as the party’s presumptive nominee, Donald Trump has neglected his responsibility to lead the party through persuasion, instead claiming that the election is about him. Trump and many of his supporters have expressed explicit disdain for the party and its elected representatives. Worse, the candidate has waffled on core conservative principles and conducted himself reprehensibly on the campaign trail.”

A similar anti-Trump effort was defeated in Omaha on Saturday as Nebraska Republicans met for their state convention. However, Trump critics in the MNGOP believe their proposal will garner support.

“Trump won Nebraska with 60 percent of the vote,” Hudson noted. “He came in a distant third here. Trump has struggled to secure committed national delegates in Minnesota.”

Organizing under the name Conservatives for Candidates of Character, the group has set up a Facebook page and can be followed on Twitter @CCCMN16. They seek support from among MNGOP delegates and officers, and have a sign up form to that end linked on their Facebook page: https://www.facebook.com/conservatives4character/ .

The MNGOP state central committee meeting will be held in Duluth on Friday, with the party’s state convention set to follow that evening and throughout Saturday.

More from Conservatives for Candidates of Character

ABOUT THE NEWS SOURCE:
Conservatives for Candidates of Character

Officers and delegates within the Republican Party of Minnesota (MNGOP) have announced their intention to repudiate their party's presumptive nominee for president, organizing under the name Conservatives for Candidates of Character.

RSS News Feed for Conservatives for Candidates of Character

LEGAL NOTICE AND TERMS OF USE: The content of the above press release was provided by the “news source” Conservatives for Candidates of Character or authorized agency, who is solely responsible for its accuracy. Send2Press® is the originating wire service for this story and content is Copr. © Conservatives for Candidates of Character with newswire version Copr. © 2016 Send2Press (a service of Neotrope). All trademarks acknowledged. Information is believed accurate, as provided by news source or authorized agency, however is not guaranteed, and you assume all risk for use of any information found herein/hereupon.