WASHINGTON, D.C., Oct. 17, 2017 (SEND2PRESS NEWSWIRE) — NAMB, an association that represents the interests of individual mortgage loan originators and small to mid-size mortgage businesses, has announced its housing outlook and its plans to advocate for change. 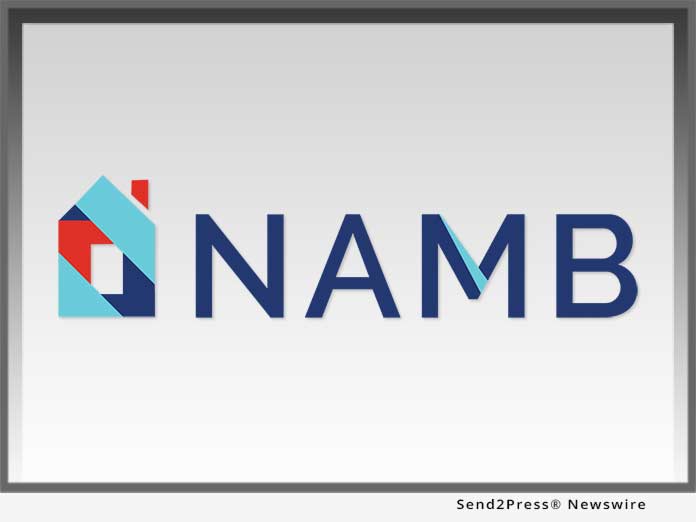 “The housing economy represents 20 percent of the national economy, but it’s on the verge of stalling out even though the overall economy is moving forward at a decent rate,” said NAMB president John G. Stevens. “Congress needs to shed bipartisan politics and focus on solving the numerous issues facing the housing market. NAMB plans to advocate for those changes for the remainder of this year and into 2018.”

Stevens identified several key issues that are working together to create a difficult housing landscape:

“I believe there’s a solution to many of the issues that are impeding the housing industry,” said Stevens. “Let’s take student loans. The average thirty-something has nearly $35,000 in student loan debt. We need to create a standard mortgage product that allows borrowers to roll their student loans into their mortgage principals at the lowest rate possible.”

Certain tax policies, Stevens contends, are keeping older homeowners in their homes even when downsizing would otherwise make more sense, further contributing to inventory shortages and market stagnation. Over regulation, he adds, is driving up the costs of transacting mortgages, which ultimately get passed on to the borrower.

“NAMB is going to advocate very seriously and urge republicans and democrats to join forces in removing the impediments to family formations and housing in general that can be discharged without undue risk,” Stevens said. “We – and they – need to act now, since any changes will take time to have a meaningful impact.”

ABOUT NAMB:
Since 1973, NAMB has been the voice of independent mortgage professionals nationwide. NAMB offers professional education and certification programs for its members and advocates for common sense legislation and regulation aimed at helping consumers and improving business conditions for small businesses, independent mortgage companies and licensed mortgage loan originators. John G. Stevens is the current president of NAMB.

View More Mortgage News
"The housing economy represents 20 percent of the national economy, but it's on the verge of stalling out even though the overall economy is moving forward at a decent rate," said NAMB president John G. Stevens.

ABOUT THE NEWS SOURCE:
NAMB

NAMB - The Association of Mortgage Professionals (now simply "NAMB") has been representing the interests of small mortgage businesses, mortgage loan originators and their clients since 1973. Formerly known as "The National Association of Mortgage Brokers," the organization represents loan originators in all 50 states and the District of Columbia, and supports its members through initiatives and opportunities that help increase productivity and lower business costs, such as education, training and advocacy. NAMB offers rigorous certification programs that support the highest levels of professional knowledge and education. Its lobbying and advocacy efforts focus on national and state issues.

LEGAL NOTICE AND TERMS OF USE: The content of the above press release was provided by the “news source” NAMB or authorized agency, who is solely responsible for its accuracy. Send2Press® is the originating wire service for this story and content is Copr. © NAMB with newswire version Copr. © 2017 Send2Press (a service of Neotrope). All trademarks acknowledged. Information is believed accurate, as provided by news source or authorized agency, however is not guaranteed, and you assume all risk for use of any information found herein/hereupon.