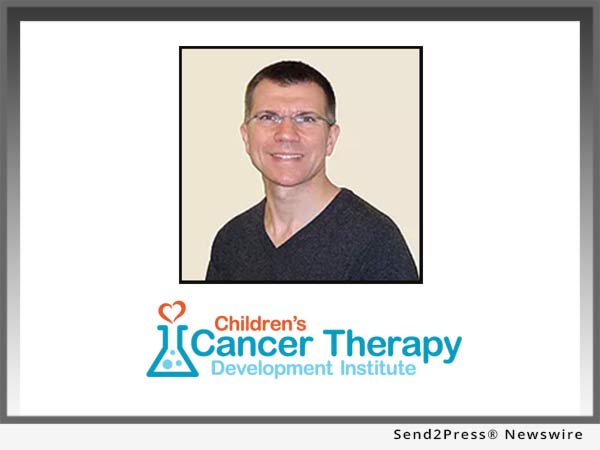 While many types of cancers have had improved survival outcomes over recent years due to new drugs and other clinical innovations, there are certain cancers that have not progressed appreciably in their survival rates or in developing new methodologies and drug protocols for decades.

Unfortunately, these cancers primarily affect children and young adults. Since the number of patients diagnosed with these deadly diseases annually is small, compared with other types of cancers, such as breast, prostate and colon, they are treated as “orphan” diseases which translate into less emphasis by the drug companies and medical establishment in finding treatments and cures for these forms of cancer.

It is therefore left to dedicated researchers and grass roots support groups to “pick up the slack” and help those kids afflicted with these deadly diseases by finding new drug protocols and techniques to stop the cancers from metastasizing at worst or to stop the cancer cells from developing at best.

Charles’s research focuses on the development of more effective, less toxic therapies for childhood cancers. His special interest is advanced disease that has spread beyond the initial location of the cancer. Charles co-chairs the brain tumor developmental therapeutics committee (CNS-DVL) of the Children’s Oncology Group and is a member of the soft tissue sarcoma (STS) committee of Children’s Oncology Group.

He recently completed a 5-year rotation as a Standing Member of the National Cancer Institute NCI-I Study Section. Charles has authored over 80 scientific publications and is a recognized expert in the biology of childhood sarcomas and the preclinical investigation of childhood cancers. Charles is also a co-founder of First Ascent Biomedical, a company developing personalized medical approaches to therapy for canine and human solid tumor patients.

Dr. Keller will be speaking on November 5, 2017 at the Sun and Sail Club on Lake Forest Drive in Lake Forest California. He will be discussing his research objectives and some of the resultant outcomes and successes. His keynote speech will be part of an event that will go from 12 p.m. to 4 p.m. Entertainment and refreshments will be available as well as dancing will be encouraged.

The cost for the event is $28 per person with all proceeds going to cancer research. Since the sponsor is a non-profit 501(c)(3), the ticket price will be tax deductible.

To register for this event or for further information call (949)472-4278, or go to following link to RSVP http://www.signupgenius.com/go/5080e4da5a629a2fe3-thespacexinspired

About Jareds Juggernaut To Cure Sarcoma (JJCUR):
JJCUR is a 501(c)(3) non-profit which was started after the founders’ 26 year old son, Jared Steven Grossman, died after fighting Rhabdomyosarcoma for five years. The protocol that Jared was given was one that was in place for twenty years and had a less than 20 percent survival rate for his stage of the disease. We found that the chemo and radiation was almost as devastating to Jared’s body as the cancer itself and, after he died, we vowed that we would work hard to support researchers who were innovative and looked for body sparing methods to fight cancers.

Jareds Juggernaut Inc., or Jareds Juggernaut To Cure Sarcoma (JJCUR), is a 501(c)(3) non-profit which was started after the founders’ 26 year old son, Jared Steven Grossman, died after fighting Rhabdomyosarcoma for five years. JJCUR was founded in May 2010 and has five members on its board of directors. Three researchers have been selected for funding support. The organization looks for researchers throughout the world that are working on innovative treatments and methodologies that use little to no chemotherapy.

LEGAL NOTICE AND TERMS OF USE: The content of the above press release was provided by the “news source” Jareds Juggernaut Inc. or authorized agency, who is solely responsible for its accuracy. Send2Press® is the originating wire service for this story and content is Copr. © Jareds Juggernaut Inc. with newswire version Copr. © 2017 Send2Press (a service of Neotrope). All trademarks acknowledged. Information is believed accurate, as provided by news source or authorized agency, however is not guaranteed, and you assume all risk for use of any information found herein/hereupon.