“Never Let Me Go” is the first single from “Hope,” the compilation album promoting the 2017 “Race for the Cure” fundraiser

FORT WORTH, Texas, May 12, 2017 (SEND2PRESS NEWSWIRE) — 4818 Records, LLC today announced that as we prepare to honor women everywhere on Mother’s Day 2017 Sunday, May 14, a beautiful new ballad titled “Never Let Me Go” has been released as a single and video to benefit the Susan G. Komen Foundation of Greater Fort Worth. 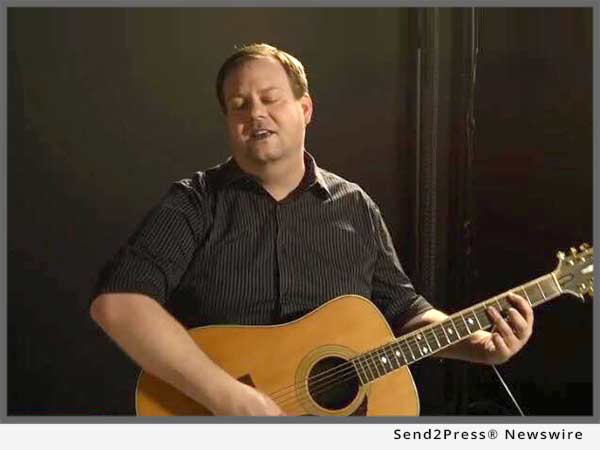 “Never Let Me Go” is the first single from “Hope,” the compilation album promoting the 2017 “Race for the Cure” fundraiser for the Fort Worth chapter on April 22.

Singer/songwriter/guitarist and Grammy Award-winning producer Gary McGrath wrote and recorded “Never Let Me Go” for “Hope,” which he compiled and has just released on his independent 4818 Records label.

The album features songs by Danny Wright, Elizabeth Wills, The Dorothy Shaw Bell Choir, and The Texas State Men & Boys Choir, of which McGrath serves as executive director and producer. In addition to “Never Let Me Go,” McGrath contributed “Sunsets In Santa Monica” as well.

All the musicians are present or past members of The McGrath Project, the contemporary classic rock band McGrath leads that earned a gold record for their 2010 album “Love Is a Four Letter Word.”

McGrath also produced a companion video for “Never Let Me Go,” which amassed more than 4,500 views just in its first three days.

“The chorus is me singing about the love of my life and about the little things she does that make me, or would make anybody, just swoon,” McGrath said. “Simple things, like how she welcomes the day or the way she sips her morning coffee. When you’re in love, you love everything your significant other is and does.”

As to the reception of “Never Let Me Go,” McGrath admits he was caught by surprise at the early response.

“I am so glad that it has been so well-received and so many people are sharing it,” he said. “It’s a message everyone and their mother can love this Mother’s Day.”

MORE INFORMATION:
For more information about the Komen Foundation of Greater Fort Worth, visit http://komengreaterfortworth.org.

To find out more about The Texas State Men & Boys Choir, visit http://texasstatemenandboyschoir.org.

Find out more about The McGrath Project at http://garymcgrathmusic.com and https://facebook.com/TheMcGrathProject.

View More Music and Recording News
"The chorus is me singing about the love of my life and about the little things she does that make me, or would make anybody, just swoon," said Gary McGrath.

LEGAL NOTICE AND TERMS OF USE: The content of the above press release was provided by the “news source” 4818 Records or authorized agency, who is solely responsible for its accuracy. Send2Press® is the originating wire service for this story and content is Copr. © 4818 Records with newswire version Copr. © 2017 Send2Press (a service of Neotrope). All trademarks acknowledged. Information is believed accurate, as provided by news source or authorized agency, however is not guaranteed, and you assume all risk for use of any information found herein/hereupon.