New Memoir on Picasso Makes a Number of Extraordinary Claims

CHATEAUGUAY, Quebec, Aug. 12, 2022 (SEND2PRESS NEWSWIRE) — It would appear that Picasso and his famous model, Marie-Thérèse Walter, both went to their graves during the seventies with a rather ominous secret on their conscience, according to Marc Poissant, author of the new memoir, “Picasso and Marie-Thérèse Walter: The Censored Story” (ISBN: 978-0228879718). Also new for the art world is the fact that Picasso, unbeknownst to the art historians (his exegetes) secretly coded literally dozens of artworks (many of them now world-known masterpieces) around this highly private matter. A second subtitle inscribed inside the book aptly reads: “what he painted is not what he said.” 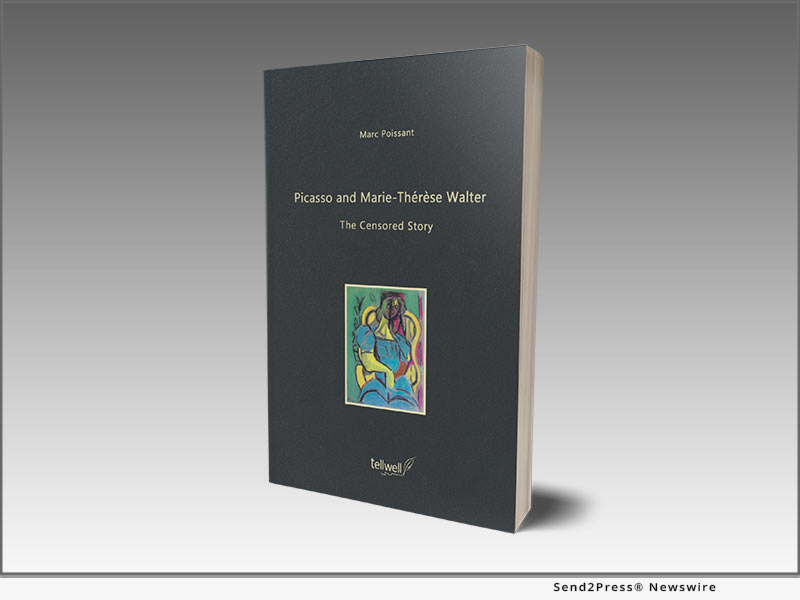 In October 1977, Marie-Thérèse Walter was found hanged in her home’s garage at age sixty-eight. She was famously known as the “sleeping blond muse,” whose relationship with Pablo Picasso (‘Pic,’ as she preferred to call him) had always been extremely secretive.

In 1988, Dr. Herbert T. Schwarz published a study where he argued — many scholars later agreed — that he had sufficient evidence proving that the blond muse was already at Picasso’s side at age fifteen in early 1925, which is two full years before the date given by Picasso who always claimed having met Marie-Thérèse on the streets of Paris in January 1927 when she was seventeen and a half. But then, this is also the man who once said “you must not always believe what I say; questions tempt you to tell lies, especially when there is no answer.”

Dr. Schwarz’ intrusion into the “Marie-Thérèse mystery,” if on the right track, was still miles away from the truth; the evidence now shows that Picasso had in fact erased all of Marie-Thérèse’s early-life narrative, starting with her family origins; because for anyone to know the identity of her true parents was also inevitably to know that Picasso had to know this young girl right from the crib.

This book tries to resuscitate some of Marie-Thérèse’s cancelled narrative, as it also tries to unveil the roots and the mechanism of an old disinformation campaign, complete with cover-up; formerly under Picasso’s strict control — later, under that of his heirs after he passed away in 1973 —, the scholars and the museums too have known about this hoax for well over a decade now.

Regrettably, however, ever since I published my study in 2009 a shabby posture has consistently prevailed within the Picasso Intelligentsia: video et taceo, see and keep silent. But isn’t that Bob Dylan’s “Blowin’ in the Wind” all over again: “…and how many times can a man turn his head/Pretending he just doesn’t see…”

PICASSO’S LIFE AND WORK AS NO ONE HAS YET SEEN IT; WELCOME TO A FLURRY OF NEW REVELATIONS.

With regard to the author, he can perhaps be best discovered by reading his Chapter 4. His book, “Picasso and Marie-Thérèse Walter: The Censored Story” (Tellwell Publishing, RRP $30.00) is available through Amazon, Barnes and Noble, Indigo and more. Although one-on-one interviews are not envisioned at this time, the author will gracefully try to answer all pertinent questions for anyone having done his or her preliminary homework, which is to read the book in all of its details, the evidence behind the new claims forming a kind of complex patchwork which is spread all across most of the book’s twenty-three chapters (marcpoissant@videotron.ca).

ABOUT THE NEWS SOURCE:
Marc Poissant

LEGAL NOTICE AND TERMS OF USE: The content of the above press release was provided by the “news source” Marc Poissant or authorized agency, who is solely responsible for its accuracy. Send2Press® is the originating wire service for this story and content is Copr. © Marc Poissant with newswire version Copr. © 2022 Send2Press (a service of Neotrope). All trademarks acknowledged. Information is believed accurate, as provided by news source or authorized agency, however is not guaranteed, and you assume all risk for use of any information found herein/hereupon.