NEW YORK, N.Y., Dec. 21, 2015 (SEND2PRESS NEWSWIRE) — New York City is one of the most exciting places to ring in the New Year and BestNewYears.com wants to ensure people get the most bang for their buck. “This year, we are encouraging people to buy early and save big,” Jessica Stewart, vice president, marketing for EMRG Media, parent company for BestNewYears.com, says.

With more than 50 parties to choose from, BestNewYears.com is without a doubt, one of the top New Year’s Eve party planning resources for people to turn to.

BestNewYears.com provides people with an inside view of some of the city’s most exciting venues. Experience the opulence of Manhattan Center’s Hammerstein Ballroom, a century-old opera house that beckons you to dance the night away, or step inside the Union Square Ballroom for a rare glimpse of a hidden gem that has a reputation for hosting spectacular New Year’s Eve parties with outstanding service, food and ambiance.

And the prices are unbelievable. If booked early, food and drink packages start at $79. Some packages include premium, open bar service up for up to six hours. The promo code: 2016 will yield an additional $10 off per ticket.

“Where else can you celebrate New Year’s Eve in the Big Apple for such an amazing price, while doing it in grand style?” Stewart says.

Other top New Year’s Eve parties in New York City include: Capitale, Troy Liquor Bar, Guastavino’s, Up & Down and more.

So, treat yourself to a taste of decadence, but without the hefty price tag. Buy early this year and save big. It’s time to ring in the New Year with a touch of class.

About EMRG Media:
EMRG Media ( http://www.EMRGMedia.com/ ) is a premier, full-service marketing, event planning and publishing firm based in Manhattan. Over the last nine years, EMRG Media has garnered public acclaim and recognition as innovative, corporate event marketers with an impressive roster of clients. Its exclusive corporate client base includes names such as Casio, Barclays, Ruder Finn, Conde Nast Publications and the Alzheimer’s Foundation. 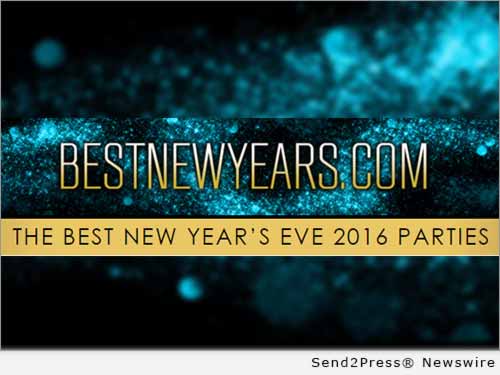 NEWS ARCHIVE NOTE: this archival news content, issued by the news source via Send2Press Newswire, was originally located in the Send2Press® 2004-2015 2.0 news platform and has been permanently converted/moved (and redirected) into our 3.0 platform. Also note the story “reads” counter (bottom of page) does not include any data prior to Oct. 30, 2016. This press release was originally published/issued: Mon, 21 Dec 2015 15:43:02 +0000

ABOUT THE NEWS SOURCE:
EMRG Media

EMRG Media is a premier, full-service marketing, event planning and publishing firm based in Manhattan. Over the last fifteen years, EMRG Media has garnered public acclaim and recognition as an innovative, corporate event marketer with an impressive roster of clients. Its exclusive corporate client base includes names such as Casio, Barclays, Ruder Finn, Conde Nast Publications and the Alzheimer's Foundation.

LEGAL NOTICE AND TERMS OF USE: The content of the above press release was provided by the “news source” EMRG Media or authorized agency, who is solely responsible for its accuracy. Send2Press® is the originating wire service for this story and content is Copr. © EMRG Media with newswire version Copr. © 2015 Send2Press (a service of Neotrope). All trademarks acknowledged. Information is believed accurate, as provided by news source or authorized agency, however is not guaranteed, and you assume all risk for use of any information found herein/hereupon.