SAN FRANCISCO, Calif., May 17, 2019 (SEND2PRESS NEWSWIRE) — The Global Action Network (GAN), an organization formed by activists, students, and researchers who seek new ways to reach the UN’s 17 Sustainable Development Goals, has announced a new program which awards those who develop cutting edge solutions – and honors the finders by naming a prize after them. 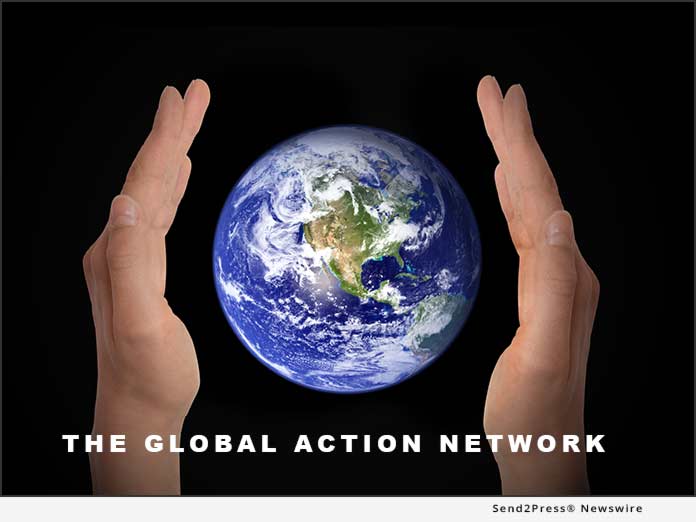 “The whole idea is to accelerate progress towards the Goals,” says Soani Gunawan, VP of Logistics for GAN. “The probability that you or I will win a Nobel Prize is tiny. But it’s not hard for me to name a Prize AFTER you – if you build awareness of your chosen goal by highlighting those who are doing the best work in the field. And the fact that you can ALSO name another Prize after your friends and colleagues makes it quite likely you will stay involved.”

The Network uses the UN’s sub-classification of 230 Indicators, or sub-goals, which include specific things like improving education in the developing world, curing neglected tropical diseases, and reducing gender inequality.

Those who join GAN, many of whom are students and researchers from Oxford, Berkeley, Yale, Cambridge, Harvard, Princeton, and Stanford, are assigned one of the goals, usually one that matches one or more of their professional, academic, or personal interests or passions. Their basic duty is to set up several social media sites publicizing the latest developments within their chosen niche, and announce awards (named after themselves) to those who have demonstrated excellence.

The general expectation is that projects take an initial 3-4 hours to set up, followed by 15-30 minutes of monthly maintenance, which consists of updating social media sites and naming Award winners. In many cases Award namesakes submit their own work.

GAN founders were motivated by dissatisfaction with Governments, NGOs, Non-profits, and Corporations, which in their view have not done enough to reach the Goals.

“We want to inspire grass roots action, from the ground up,” says GAN’s Happiness Coordinator Amy Chang. “When people receive continuous gratification for their work, they tend to stay involved.”

The idea of building simple to set up projects based on free web tools and smart phone apps was inherited from GAN’s parent organization, The World Mind Network, which has six Nobel Laureates on its Board.

“There’s something special about the conversations we have,” says Co-Founder and Program Director John Toomey. “We have fun, but we’re part of a worldwide planetary improvement movement, so there’s this inspirational undercurrent associated with being part of a mission.”

Adds Chang, “It’s hard, in this day and age, to cultivate heroes of the old type – those who rescue a village from a typhoon, or leave their normal lives to found an orphanage in Africa. But it’s not difficult to empower people to become ‘mini-Heroes’ – individuals who can develop their humanitarian instincts by creating a project on their smart phone that has the potential to help the planet in a measurable and replicable way. And once someone gets a taste of this easily accessible heroism, it’s not hard for them to see that there is little they cannot accomplish.”

The Global Action Network is a consortium of people all over the world who are devoted to solving the challenges represented by the U.N's 17 Sustainable Development Goals, as formulated at the 2015 Plenary Session in New York. We do so by creating online projects designed to achieve sub-goals derived from the 230 Indicators within the broader 17 Goals, as contained in the Annex of the Resolution adopted by the General Assembly on 6 July, 2017, and re-affirmed and expanded in 2019.

LEGAL NOTICE AND TERMS OF USE: The content of the above press release was provided by the “news source” Global Action Network or authorized agency, who is solely responsible for its accuracy. Send2Press® is the originating wire service for this story and content is Copr. © Global Action Network with newswire version Copr. © 2019 Send2Press (a service of Neotrope). All trademarks acknowledged. Information is believed accurate, as provided by news source or authorized agency, however is not guaranteed, and you assume all risk for use of any information found herein/hereupon.