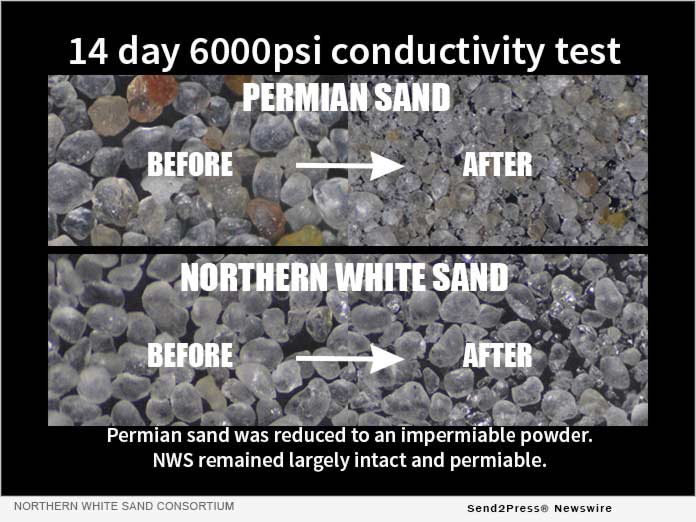 Up to 85% are nearing negative impact in less than 1 year of production. Upfront savings doesn’t appear to offset the impact in just the first year of the well’s life.

Accelerating decline rates in shale wells have drawn attention. Many theories have been posed such as well spacing, reservoir pressure drawdowns etc., but one clear potential cause has been virtually ignored since the hydraulic fracturing revolution began, Proppant Type.

Over the past several years, industry observers have recognized well production decline rates are accelerating at a higher rate than ever. The quickening decline rates have occurred simultaneously with the migration away from higher quality proppants. (A Proppant is a granular solid material, typically sand, intended to keep well fractures open.)

The incentive for the switch is understandable since proppant sand cost usually makes up 10% of the completion costs of a horizontal well. High quality Northern White Sand (NWS) is often railed or barged to the play. By avoiding these shipping costs, operators can save $300-$500k per well initially, (around 3-5% inclusive of drilling costs).

According to findings in the Rystad Energy study, what looked like a good business decision may have ended up causing significant negative impact on outcomes, should well productivity rates continue to rapidly decline. NWSC believes this indicates that the fundamental impact that proppants have on hydrocarbon flow and production are the single most significant factor.

*Image Caption: Permian vs NWS Before and after test.

LEGAL NOTICE AND TERMS OF USE: The content of the above press release was provided by the “news source” Northern White Sand Consortium or authorized agency, who is solely responsible for its accuracy. Send2Press® is the originating wire service for this story and content is Copr. © Northern White Sand Consortium with newswire version Copr. © 2020 Send2Press (a service of Neotrope). All trademarks acknowledged. Information is believed accurate, as provided by news source or authorized agency, however is not guaranteed, and you assume all risk for use of any information found herein/hereupon.