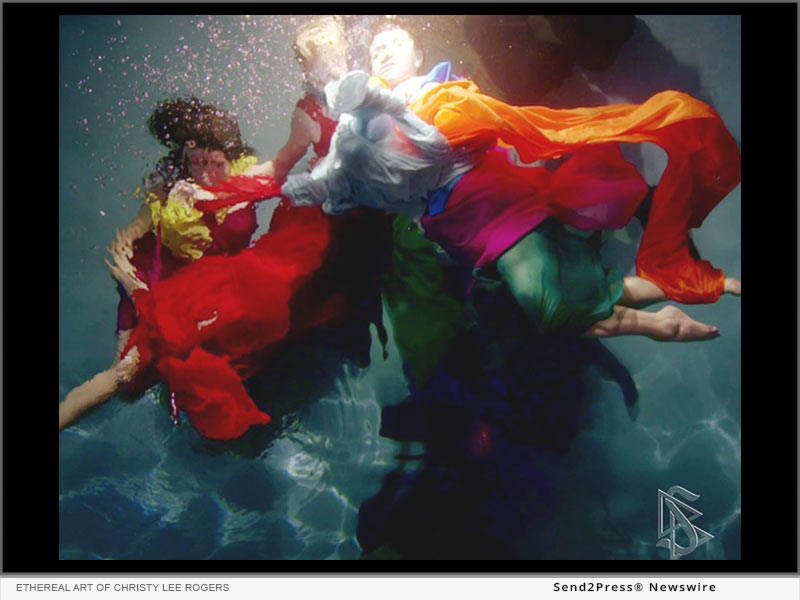 PHOTO CAPTION: The ethereal art of Christy Lee Rogers is featured in her episode of “Meet a Scientologist” on the Scientology Network.

In a melding of baroque aesthetic with modern technology, Rogers created her own genre. Winner of the Sony World Photography Open Photographer Award in 2019, she was also commissioned by Apple to create her Water + Light underwater images with the iPhone. Apple featured this in one of its behind-the-scenes process films.

In an interview with CNN, Rogers described how she named her most recent collection “Human” to embody strength during the pandemic. She later donated one of the works “to the heroic doctors, nurses and staff of Mount Sinai” in the hopes that it would bring them “hope and inspiration.”

Meet a Scientologist provides an in-depth look into the lives of individual Scientologists from the frontiers of art, science, sports and entertainment. And no one qualifies more as “cutting edge” than this award-winning artist. Rogers’ episode of Meet a Scientologist introduces viewers to the genius behind these otherworldly creations.

Born and raised in Hawaii and growing up in and around water, she developed an affinity for the element that would play a pivotal role in her future career.

As a teenager, she became passionately interested in photography, spending hours in a darkroom developing her images. After finding the courage to pursue her passion professionally, she presented her first collection — models submerged in water, surrounded by billowing gowns against a solid black background.

Because her artwork defied conventional categorization, Rogers found gallery owners hesitant to take her on. But the stunning luminescence, color and composition of her work garnered admirers and clients, and quickly become a gallery favorite. Today, her art is world-renowned, and the story of how she got there is a picture worth a thousand words.

Caption: The ethereal art of Christy Lee Rogers is featured in her episode of Meet a Scientologist on the Scientology Network.