ATLANTA, Ga., Sept. 14, 2017 (SEND2PRESS NEWSWIRE) — Paula Dezzutti will be attending the RICE Awards in Atlanta Georgia on September 23, 2017 at City Hall in Atlanta Georgia. Dezzutti has been nominated Business of the year. The business men and woman that have been nominated by the people, are a remarkable slate of nominees that are exemplary in their continued dedication and commitment not only for innovative and successful businesses but recognized locally for the good they do in the community. 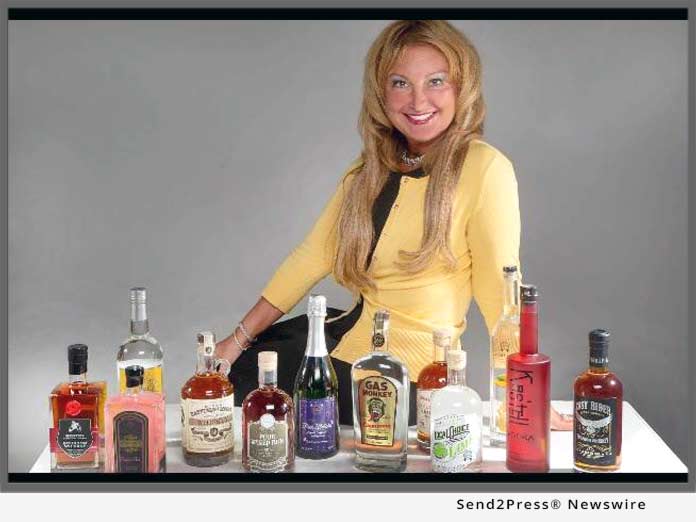 Paula has made quite a name for herself and her spirits company in the SouthEast, particularly Atlanta. Paula’s Spirits company most recently sponsored the South East Emmy Awards official after party at the Buckhead GrandHyatt.

Dezzutti was also recenty contacted by Emmy Award winner, talk show and summit host, Aurea McGarry who informed Paula that she was nominated for the prestigious Legacy Award at the Live Your Life Legacy Summit which will be held at the Hilton in Norcross, Ga. on September 17-18, 2017!

Paula is featured in the Fall 2017 issue of USA Today along with her spirits company on page 83 in the article Humanitarian efforts combining charity with celebration. Paula is an expert at building brands; a guru in brand making. Paula has risen in a very male-dominated industry and made quite a name for herself with a unique patented technology for spirits and a philanthropic approach to giving back to the local community.

Paula developed the only brand development and distribution platform that delivers exceptional products to communities where the brands that carry the Local Choice Branded spirits trustmark, allow consumers to give back to local communities and non profits when they purchase brands with the Local Choice Logo.

Local Choice Spirits won over 30 awards in international blind taste test competitions and are driven by their vision statement to “Pour It Forward,” which marries philanthropy with daily celebration. CEO Dezzutti’s passion for helping others is contagious.

Local Choice Spirits has a pour it forward initiative and gives back $2 per bottle to non profits.

At Local Choice Spirits we love to celebrate good times with good drinks! We also love giving back to the communities around us. So much so, “Pixie” Paula founded Local Choice Spirits on her vision to marry philanthropy with everyday celebration - or as we like to say, "Pour It Forward."

LEGAL NOTICE AND TERMS OF USE: The content of the above press release was provided by the “news source” Local Choice Spirits or authorized agency, who is solely responsible for its accuracy. Send2Press® is the originating wire service for this story and content is Copr. © Local Choice Spirits with newswire version Copr. © 2017 Send2Press (a service of Neotrope). All trademarks acknowledged. Information is believed accurate, as provided by news source or authorized agency, however is not guaranteed, and you assume all risk for use of any information found herein/hereupon.