DREXEL HILL, Pa., Sept. 12, 2019 (SEND2PRESS NEWSWIRE) — On September 19th, Gallospole will premiere his long-awaited music video, TARAC WIPPP. An acronym for The American Right for Adequate Chair Width In Public & Private Places, TARAC WIPPP is a political allegory performed by Gallospole and his team of puppetized lobbyists advocating for suitable seating on behalf of Americans with metabolic differences, or clinically known as, obese Americans. 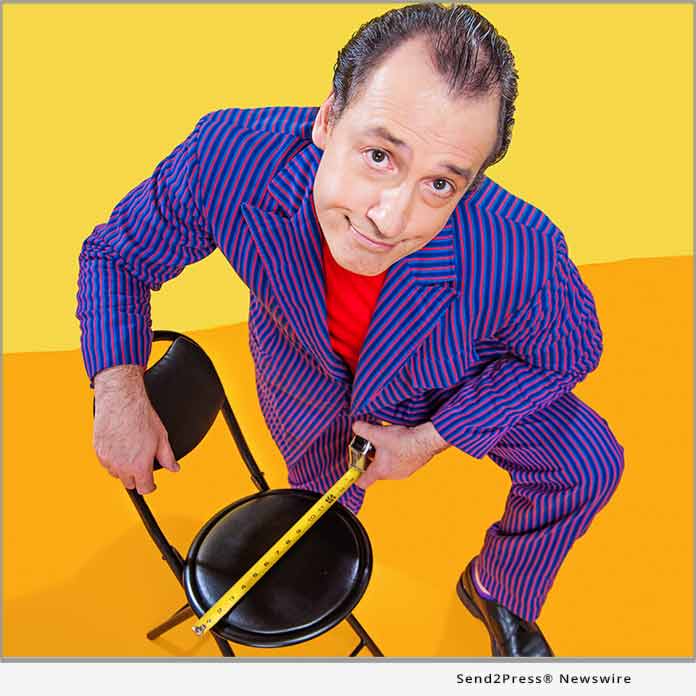 Gallospole has been methodically rolling out content to construct the animated, vaudevillian world of TARAC WIPPP, with each element adding a different dimension to the satirical story. The music video serves as the capstone to the project, tying together a cast of characters and highlighting every theme in a visually engaging and zany production. A plethora of circus acts feature famous people like Kevin Smith, the Hollywood movie director, and former Governor Chris Christie being blasted out of cannons and frenetic puppet shows led by the ringmaster himself, Gallospole.

Produced with top shelf animators Prawnimation from London, England and Grammy-nominated mixing engineer David Ivory, the TARAC WIPPP music video takes a compelling, entertaining and sardonic look at the exploitation of conspiracy theories and the perfidious tactics of political weaponization for the predatory purpose of self-enrichment. Gallospole reckons, “You know this conspiracy theory just might pay for my kids’ college education!”

Gallospole, better known to his wife as Marc A. Gallo, has written, produced and performed in numerous musical acts for over 30 years. Marc has been featured in Performing Songwriter, Forbes, The Philadelphia Inquirer and other media outlets. This is the first music video for Gallospole.

Get the latest news about Gallospole on the following social media channels:

ABOUT THE NEWS SOURCE:
Gallospole

Gallospole, better known to his wife as Marc A. Gallo, has written, produced and performed in political and apolitical musical acts for over 30 years. Marc has been featured in Performing Songwriter, Forbes and other media outlets. This is the first release for Gallospole.

LEGAL NOTICE AND TERMS OF USE: The content of the above press release was provided by the “news source” Gallospole or authorized agency, who is solely responsible for its accuracy. Send2Press® is the originating wire service for this story and content is Copr. © Gallospole with newswire version Copr. © 2019 Send2Press (a service of Neotrope). All trademarks acknowledged. Information is believed accurate, as provided by news source or authorized agency, however is not guaranteed, and you assume all risk for use of any information found herein/hereupon.