"We are honored to have these outstanding musical greats play our venue," says Drew Tucker, Ali Cultural Arts Director. "Our mission is not only to bring extraordinary musicians here to entertain, but also to educate our local aspiring arts students."

Tickets for the event are available at http://www.aliarts.org/.

If Snarky Puppy were a heart drummer Robert “Sput” Searight and percussionist Nate Werth would serve as its explosive pulse. World-renown for their artistic communication through rhythm, this dynamic duo debuts their own project, Ghost-Note, expanding their percussive voice into a night of melody through innovative grooves and captivating artistry.

“We are honored to have these outstanding musical greats play our venue,” says Drew Tucker, Ali Cultural Arts Director. “Our mission is not only to bring extraordinary musicians here to entertain, but also to educate our local aspiring arts students. And we are thrilled that Robert and Nate will be engaging our youth in a master class.”

Robert “Sput” Searight is one of the most influential drummers and producers in modern music. Hailing from a family of musicians in Dallas, Searight came up alongside artists like Erykah Badu, Norah Jones, and Roy Hargrove at the world-famous Booker T. Washington High School for the Performing Arts. He won a Grammy Award at age 18 with his own group, God’s Property, who changed the face of Gospel music with their debut album.

As the undeniable secret weapon of Snarky Puppy, Nate Werth is both rooted in tradition and constantly innovating in the percussion world. His creative approach to sonic possibilities and rhythmic interplay has been integral to the sound of the group, and has earned the respect and support of percussion big-wigs like LP founder Martin Cohen. Performing and recording credits include Screaming Headless Torsos, David Crosby, Q-Tip, Lalah Hathaway, Susana Baca, The Lee Boys, Turkuaz, Myron Butler and Levi, Jamison Ross, and The Metropole Orchestra, and many more. Having studied Indian, African, and Latin American traditions extensively abroad, Nate brings a unique sound palette to every musical environment, his deep sense of groove, passion and eclectic style, result in a distinct musical voice that propels him across musical borders. 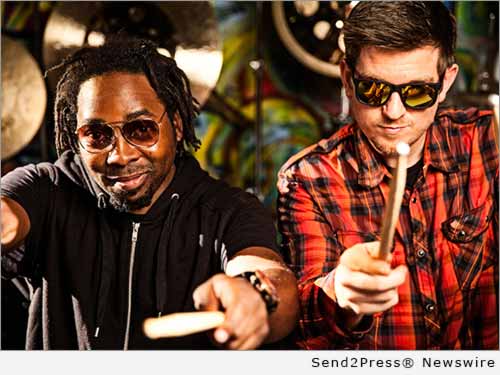 NEWS ARCHIVE NOTE: this archival news content, issued by the news source via Send2Press Newswire, was originally located in the Send2Press® 2004-2015 2.0 news platform and has been permanently converted/moved (and redirected) into our 3.0 platform. Also note the story “reads” counter (bottom of page) does not include any data prior to Oct. 30, 2016. This press release was originally published/issued: Thu, 07 Jan 2016 16:32:04 +0000

View More Economic Development News
"We are honored to have these outstanding musical greats play our venue," says Drew Tucker, Ali Cultural Arts Director. "Our mission is not only to bring extraordinary musicians here to entertain, but also to educate our local aspiring arts students."

Ali Cultural Arts is a platform to enrich the community through the performing and visual arts. Intimate musical performances bring the community together and visual art exhibitions engage patrons in creative dialogue as they enjoy the eclectic mix of programming. The building itself is significant, as it represents the history of the African American community in Pompano Beach, once boarding famous African American jazz musicians, including Louis Armstrong and Cab Calloway.

LEGAL NOTICE AND TERMS OF USE: The content of the above press release was provided by the “news source” Ali Cultural Arts Center or authorized agency, who is solely responsible for its accuracy. Send2Press® is the originating wire service for this story and content is Copr. © Ali Cultural Arts Center with newswire version Copr. © 2016 Send2Press (a service of Neotrope). All trademarks acknowledged. Information is believed accurate, as provided by news source or authorized agency, however is not guaranteed, and you assume all risk for use of any information found herein/hereupon.