"We are thrilled to have Little River Band play our venue," said Michelle Gabriel, Director of Programming and Operations at CCC. "I am looking forward to hearing all the hits and meeting Wayne Nelson, who has been with the band for 37 years."

POMPANO BEACH, Fla., Dec. 29, 2015 (SEND2PRESS NEWSWIRE) — The Pompano Beach Amphitheater, The Amp, is proud to present an international lineup of legends to kick off 2016. January opens with Little River Band, who have sold 30 million CDs; followed by the King of Romance Engelbert Humperdinck and the return of the critically acclaimed Sea of JazzFest. For more information please visit http://www.theamppompano.org/.

“For each concert The Amp takes on a view vibe as classic rockers, jazz lovers, country fans, metal heads and every other genre converge for nights of amazing entertainment,” said Alyona Ushe, President & CEO of Creative City Collaborative-Pompano Beach, who programs and manages the amphitheater. “The 3,000 seat outdoor venue offers an unparalleled concert experience attracting music lovers from all over Florida and beyond.”

Hailing from Australia, Little River Band claimed their place as one of the greatest vocal bands of the 70’s and 80’s with hits such as “Reminiscing,” “Lonesome Loser,” “The Night Owls,” and “Take it Easy on Me.” They will be performing with Ambrosia and Player on Friday, January 8, 2016.

“We are thrilled to have Little River Band play our venue,” said Michelle Gabriel, Director of Programming and Operations at CCC. “I am looking forward to hearing all the hits and meeting Wayne Nelson, who has been with the band for 37 years.”

The King of Romance, Engelbert Humperdinck is still wooing and wowing crowds and no doubt there will be a fair share of swooning happening on Sunday, January 10 when the legendary British star takes the stage.

With 24 Platinum and 63 Gold records to his credit, the singer is still going strong, recently releasing his latest CD, “Runaway Country.”

“Besides the hit records, the killer charisma and the inimitable style, Engelbert has truly been a loyal supporter to so many in the industry,” explained Gabriel. “Many people do not know that he had both Jimi Hendrix and The Carpenters open for him at the dawn of their careers.”

Sea of JazzFest, a signature event for The Amp, returns on Saturday, January 16 with a lineup of world-class jazz icons including Randy Brecker, Terell Stafford, Dick Oatts, Shelly Berg, Ken Peplowski and more.

Tickets are available at Ticketmaster.com. 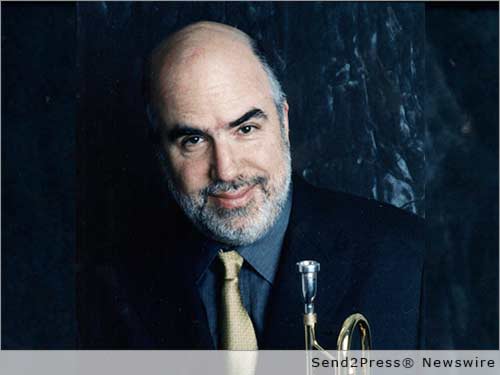 NEWS ARCHIVE NOTE: this archival news content, issued by the news source via Send2Press Newswire, was originally located in the Send2Press® 2004-2015 2.0 news platform and has been permanently converted/moved (and redirected) into our 3.0 platform. Also note the story “reads” counter (bottom of page) does not include any data prior to Oct. 30, 2016. This press release was originally published/issued: Tue, 29 Dec 2015 14:43:30 +0000

View More Entertainment News
"We are thrilled to have Little River Band play our venue," said Michelle Gabriel, Director of Programming and Operations at CCC. "I am looking forward to hearing all the hits and meeting Wayne Nelson, who has been with the band for 37 years."

LEGAL NOTICE AND TERMS OF USE: The content of the above press release was provided by the “news source” Pompano Beach Amphitheater or authorized agency, who is solely responsible for its accuracy. Send2Press® is the originating wire service for this story and content is Copr. © Pompano Beach Amphitheater with newswire version Copr. © 2015 Send2Press (a service of Neotrope). All trademarks acknowledged. Information is believed accurate, as provided by news source or authorized agency, however is not guaranteed, and you assume all risk for use of any information found herein/hereupon.