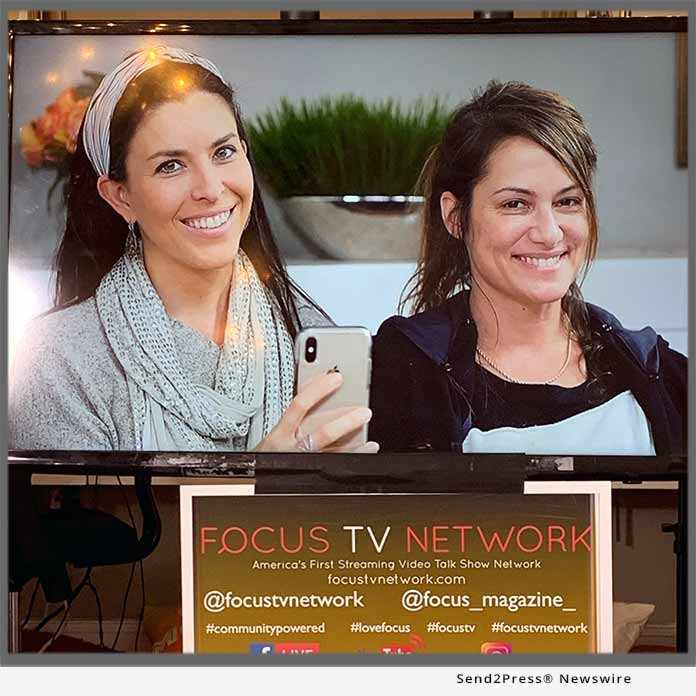 Both David and Wallett have built their respective businesses from the ground up (David’s is Light Hustle Publishing, which recently released the #1 international bestseller “The Gorga Guide to Success” by Joe Gorga, and Wallett’s company is Alchemist Academy, which coaches entrepreneurs in creative business strategy from start-up to sale.

Their shared passion for empowering women through sharing their stories about what it takes to “have it all” in life brought them to the idea of launching SHE-E-O, a talk show where they’ll interview prominent businesswomen on their successes, sacrifices and secret sauce.

“Our personal and professional lives are inextricably linked, so I’m fascinated by how to thrive holistically in both, while maintaining space for creative expression,” Wallett says.

Adds David, “Honestly, it’s just a spectacular coincidence that we’re launching this on International Women’s Day. We’ve had the idea brewing for a while but just got the green light this week.”

About Anna David:
Anna David is the New York Times and #1 Amazon bestselling author of two novels and five non-fiction books about addiction, recovery and relationships. She’s been published in The New York Times, Time, The LA Times, Vanity Fair, Playboy, Vice, Cosmo, People, Marie Claire, Redbook, Esquire, Self, Women’s Health, The Huffington Post, Buzzfeed and Salon among many others, written about in numerous publications, including Forbes, Martha Stewart Living, Entrepreneur, Allure and Women’s Health and has appeared repeatedly on The Today Show, Hannity, Attack of the Show, Dr. Drew, Red Eye, The Talk, The CBS Morning Show, The Insider and numerous other programs on Fox News, NBC, CBS, MTV, VH1 and E.

She speaks at colleges across the country about relationships, addiction and recovery and has been a featured speaker at three different TedX events. Through her company, Light Hustle Publishing, she helps entrepreneurs build their careers by publishing books. Learn more: https://lighthustlepublishing.com/

View More Television News
"Our personal and professional lives are inextricably linked, so I'm fascinated by how to thrive holistically in both, while maintaining space for creative expression," Wallett says.

ABOUT THE NEWS SOURCE:
Lauren Wallett

LEGAL NOTICE AND TERMS OF USE: The content of the above press release was provided by the “news source” Lauren Wallett or authorized agency, who is solely responsible for its accuracy. Send2Press® is the originating wire service for this story and content is Copr. © Lauren Wallett with newswire version Copr. © 2019 Send2Press (a service of Neotrope). All trademarks acknowledged. Information is believed accurate, as provided by news source or authorized agency, however is not guaranteed, and you assume all risk for use of any information found herein/hereupon.