LOS ANGELES, Calif., July 15, 2016 (SEND2PRESS NEWSWIRE) — Remy Lyon announces the release of his “Red Blood/Black Ink” music video directed by Lyon and Marc Spicer (DP of “The Fast and the Furious 7 & 8” and the upcoming “Lights Out”). “Red Blood/Black Ink” is a call to arms after all the tragedies that have been fueled by hatred – Remy Lyon’s message is to respond to each other with arms that embrace, not the arms that harm. 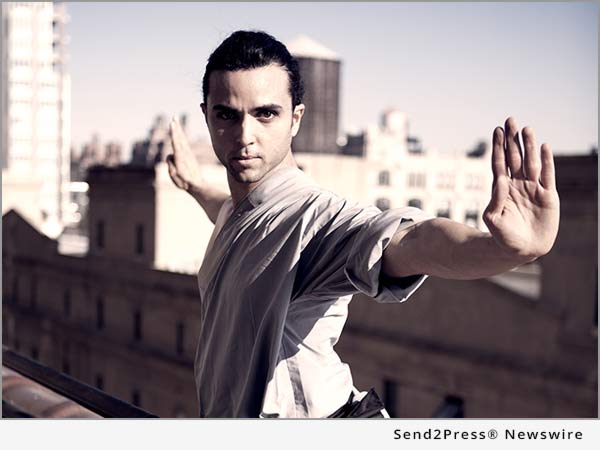 The lyrics “Remember to Love, Taught to Hate” remind us that all babies are born with pure love in their hearts, they have to be taught to hate.

In the wake of heart-shattering news #PrayforNice, the age of HASHTAGS #PrayforOrlando #PrayforBrussels #PrayforParis allows people around the world to join together in love and peace.

“Red Blood/Black Ink” was written after the brutal massacre at Charlie Hebdo in Paris last year, which struck close to home for the artist with his family in Paris at that time.

The song was released on Radio France after the carnage in November 2015, and according to the artist, “serves as a wake-up call and reminder that Love from a position of strength is the answer.”

Singer/songwriter Remy Lyon is a pacifist trained in martial arts by Shaolin Buddhist monks at a monastery in China. The music video reflects these principles, and was completed after the senseless slayings in Orlando.

Being of French descent, Remy was so devastated by the events in Nice on July 14 that he needed to express his solidarity for the victims with his Black Ink. “Their memory will not be forgotten and their melody will live on” as he declares on the track:
“Spill Black Ink
Spare Red Blood
Kill the Scribe
But the Melody Lives On.”

Remy has been blessed to have worked with legendary artists like Lou Reed, and has recruited the help of numerous artists such as guitarist Carl Verheyen of Supertramp for his debut album titled “Eyes of Youth.” Learn more: https://itunes.apple.com/us/artist/remy-lyon/id1060323668.

As a Millennial, Remy says “I see the world in the eyes of our future generations. In their hands and eyes we must place our hopes and prayers for a more harmonious and loving future — and we must pray for evolution.”

View More Music and Recording News
"I see the world in the eyes of our future generations. In their hands and eyes we must place our hopes and prayers for a more harmonious and loving future -- and we must pray for evolution," says Remy Lyon.

ABOUT THE NEWS SOURCE:
Remy Lyon

Singer/songwriter Remy Lyon is a pacifist trained in martial arts by Shaolin Buddhist monks at a monastery in China. His love of music started with Elvis - the King of Rock and Roll. Lyon developed a broad taste in music as his upbringing took him all over North America and France, as well as Asia for in-depth study in martial arts. Learning different languages made him enthralled with the spoken word, and with music as a universal language.

LEGAL NOTICE AND TERMS OF USE: The content of the above press release was provided by the “news source” Remy Lyon or authorized agency, who is solely responsible for its accuracy. Send2Press® is the originating wire service for this story and content is Copr. © Remy Lyon with newswire version Copr. © 2016 Send2Press (a service of Neotrope). All trademarks acknowledged. Information is believed accurate, as provided by news source or authorized agency, however is not guaranteed, and you assume all risk for use of any information found herein/hereupon.