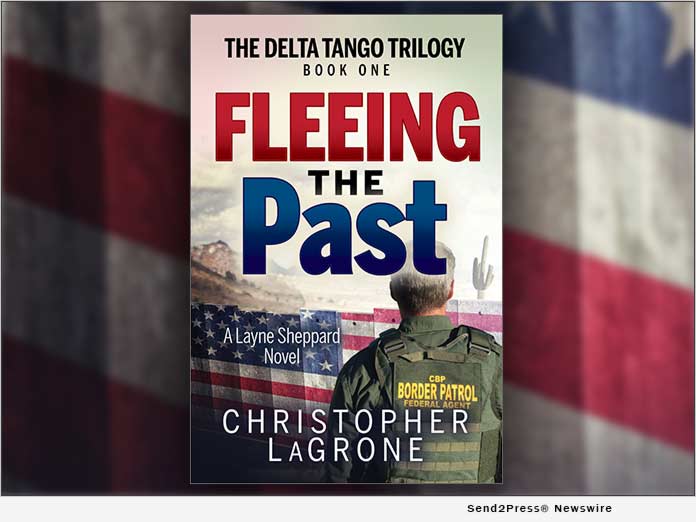 For the story behind these books as related in the “From Tragedy To Trilogy” video, go to: https://youtu.be/SZVSLJP6sdY.

Such high praise from one of the most successful adventure authors of all time is impressive — even more so considering that Cussler was commenting on debut work.

Once a Border Patrol agent himself, LaGrone draws on his own experiences as a recruit, field trainee and border agent to create what Margaret Coel, New York Times best-selling author of “Winter’s Child” and more than two dozen other novels and non-fiction books, calls “a heartbreakingly honest tale of the lives that intersect and are forever changed along our bleak and dangerous southern border.”

The Delta Tango Trilogy is unlike any previously published immigration-themed novel, in that it looks at border enforcement from the perspective of the line agent, beginning with the arduous training would-be agents must survive. The Trilogy captures the desperation that drives undocumented immigrants to risk their lives wandering in the desert, while also documenting the mixed emotions experienced by those who are tasked with apprehending them.

“These are important novels, not to be missed or forgotten,” Margaret Coel added.

In “Fleeing The Past” LaGrone provides readers with an intimate look at the rigorous training Border Patrol recruits must complete just to advance to field trainee status, and introduces Felina Camarena Rivera, one of those so-called “Dreamers,” who aspires to become a doctor—if only she can become a U.S. citizen. As Sheppard strives to overcome his own checkered past by becoming a border agent, he falls in love with the very type of person he is training to apprehend.

Succeeding books follow Sheppard through the dangers, boredom and contradictions of field work and the intrigue of Patrol politics, as well as what Clive Cussler termed the “personal problems and challenges” that revolve around his conflicted relationship with Felina, who desperately pursues her dream.

More About This Title:

A native Coloradan, Christopher LaGrone pursued his goal of becoming a published author after service as a U.S. Border Patrol Agent in southern Arizona, the setting for The Delta Tango Trilogy. Christopher died unexpectedly of natural causes at age 41 in 2018. His mother, Sherryl LaGrone, is fulfilling her son’s dream by publishing his books.

*Caption: Cover, “Fleeing the Past: The Delta Tango Trilogy – Book One,” by Christopher LaGrone, published by Morgan James Publishing.

View More Books and Publishing News
"These are important novels, not to be missed or forgotten," Margaret Coel said.

LEGAL NOTICE AND TERMS OF USE: The content of the above press release was provided by the “news source” Morgan James Publishing or authorized agency, who is solely responsible for its accuracy. Send2Press® is the originating wire service for this story and content is Copr. © Morgan James Publishing with newswire version Copr. © 2021 Send2Press (a service of Neotrope). All trademarks acknowledged. Information is believed accurate, as provided by news source or authorized agency, however is not guaranteed, and you assume all risk for use of any information found herein/hereupon.