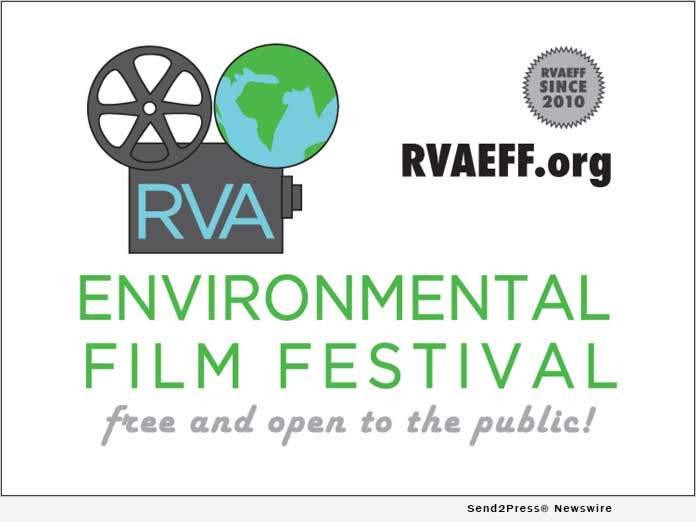 “Farm Pond” explores the ubiquitous farm pond, its origins, and the vital role it plays as a mini ecosystem. Produced by Phillip Audibert.

Best Cinematography: “Treasures of the Chesapeake” addresses the health of the Chesapeake Bay and its declining wetlands as it suffers from nutrient pollution, human development, sea level rise, and climate change. Produced by Chris Lapinski.

“Lynnhaven” is a Virginia Beach fishing town with a big challenge due to seafood imports. As land is developed and seafood is imported, three watermen face the threat of being pushed out of the river they have called home for decades. Produced by Lizzie Bankowski.

All are invited to view the films, free of charge, however registration is required at https://rvaeff.org/.

For further information about the Virginia Environmental Film Contest, contact Jean Masters at 804 683-2568.

Visit https://rvaeff.org/. for a schedule and descriptions of the 20-plus films being shown throughout the RVA Environmental Film Festival, February 12-26, 2021. You will also find information about sponsorship/volunteer opportunities, and how to sign up for the RVAEFF mailing list.

LEGAL NOTICE AND TERMS OF USE: The content of the above press release was provided by the “news source” RVA Environmental Film Festival or authorized agency, who is solely responsible for its accuracy. Send2Press® is the originating wire service for this story and content is Copr. © RVA Environmental Film Festival with newswire version Copr. © 2021 Send2Press (a service of Neotrope). All trademarks acknowledged. Information is believed accurate, as provided by news source or authorized agency, however is not guaranteed, and you assume all risk for use of any information found herein/hereupon.