Scientology Churches Around the World Celebrate the Anniversary of Dianetics Today

LOS ANGELES, Calif., May 9, 2022 (SEND2PRESS NEWSWIRE) — Published May 9, 1950, “Dianetics: The Modern Science of Mental Health” burst onto the scene, creating an international phenomenon that continues to this day. In Scientology Churches, Missions and groups on six continents, May 9 has a very special meaning. It marks the day that the first edition of “Dianetics: The Modern Science of Mental Health” rolled off the press. And it was only two years later that L. Ron Hubbard founded Scientology, the world’s youngest major religion. 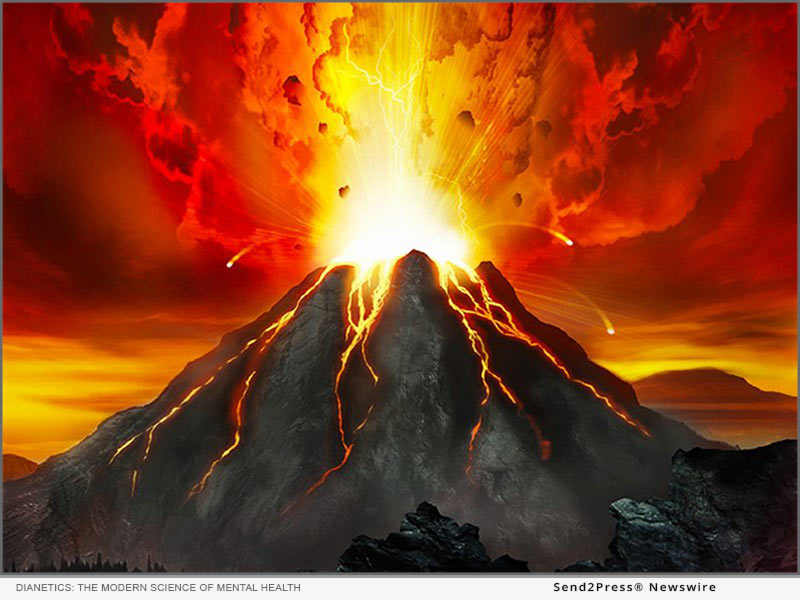 “Dianetics: The Modern Science of Mental Health” created a whirlwind of excitement. It soon climbed to the top of the New York Times bestseller list and remained there for 26 consecutive weeks.

Its effectiveness inspired immediate and dramatic response. Those reading the book connected with each other, teaming up to use this new technology. With 750 Dianetics groups cropping up in the United States, and many more across the English-speaking world, a new movement had begun.

Scientology Churches and Missions and Dianetics groups deliver Dianetics “auditing” — a term that comes from the Latin “to listen.”

And with the book now in 50 languages, making the technology available to more than 90 percent of the world’s population, Mr. David Miscavige, ecclesiastical leader of the Scientology religion, released a series of films, “How to Use Dianetics,” along with a new Dianetics Seminar. These make it easy for anyone to put Dianetics to use in their life.

Dianetics helps people free themselves from nightmares, unreasonable fears, upsets, insecurities and psychosomatic illnesses, with results like these:

Grant experienced panic attacks so severe that the left side of his face would go numb, making him feel almost paralyzed. He received a Dianetics session and by the time it was over, “the panic was gone,” he says, “and I have never experienced a panic attack since.”

When her son was born prematurely with respiratory distress syndrome from immature lung development, Cindy found herself unable to cope. After she and her husband brought their son back from the hospital, Cindy would wake up every time it got quiet, terrified her child had stopped breathing. “I was flooded with irrational waves of guilt, haunted by the question, why did it happen to me?”

Dianetics helped her through her emotional suffering. “I was able to separate out the pain from the memory and remove its negative influence over me and overcome these unfounded fears. I finally slept through the night for the first time since the delivery.” And she was able to enjoy every moment with her son. “Rather than worry, I found peace.”

Page’s dad paid a visit to the doctor because he wasn’t feeling right and came home with the news that he had terminal cancer. The shock of his death soon after was devastating to her. “I am so grateful for the Dianetics counseling I received when he died,” she says. “I still miss him and love him, but afterward, the unbearable sense of loss was gone.”

And the rewards of helping another using Dianetics is every bit as worthwhile. “I have salvaged marriages and helped people overcome drug addiction,” says Melissa. “Auditing others gets you in tune with people. When you make one person happy it causes a ripple effect.”

The Church of Scientology invites everyone to experience what L. Ron Hubbard made available on May 9, 1950, with the release of “Dianetics: The Modern Science of Mental Health,” where he wrote, “You are beginning an adventure. Treat it as an adventure. And may you never be the same again.”

Visit a Scientology Church or Mission to enroll on the Dianetics seminar.

“Dianetics: The Modern Science of Mental Health” may be ordered from a Church of Scientology, the book’s publisher Bridge Publications, through Amazon.com and other bookstores.

Or for more information, visit the Scientology network and watch the films “What is Dianetics?” Dianetics: An Introduction and “The Dianetics of Grief.” The Scientology Network is available on DIRECTV Channel 320 and streams at Scientology.tv, on mobile apps and via the Roku, Amazon Fire and Apple TV platforms.

CAPTION: May 9, the anniversary of the publication of “Dianetics: The Modern Science of Mental Health”