SACRAMENTO Calif. and CHICAGO, Ill., Jan. 18, 2023 (SEND2PRESS NEWSWIRE) — Today the Alliance for Water Efficiency (AWE) released the 2022 U.S. State Policy Scorecard for Water Efficiency and Sustainability (Scorecard), which ranked each U.S. state based on its adoption of laws and policies that advance water efficiency, conservation, sustainability, and affordability. California was the top-ranked state in the nation and in the Colorado River Basin region, scoring 72.5 out of 89 possible points. 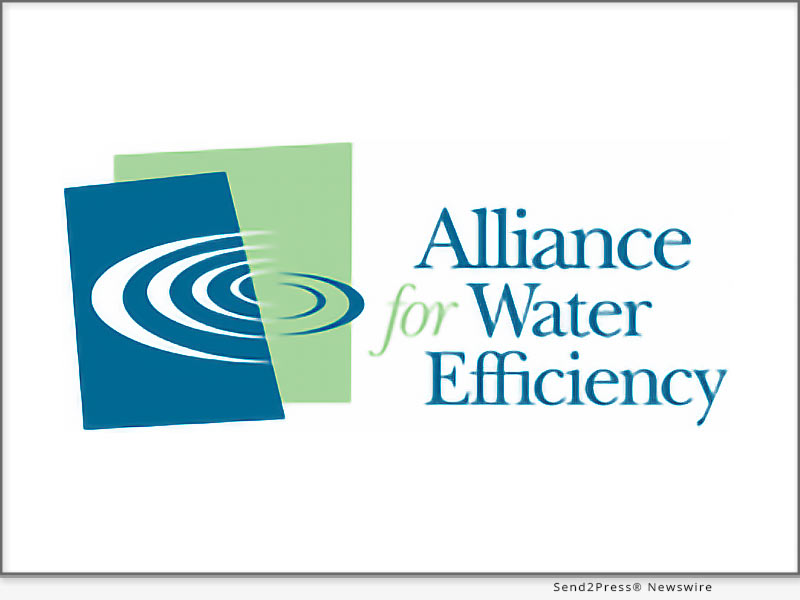 “California continues to lead the nation in water efficiency and conservation. As our state faces a dwindling snowpack and intense, sustained drought, the Scorecard confirms that California’s water managers are working hard to ensure conservation is a California way of life,” said Tia Fleming, Co-Executive Director of the California Water Efficiency Partnership, which is a state chapter of AWE.

In the western U.S., a prolonged drought fueled by climate change has contributed to significant water supply shortages. The U.S. Bureau of Reclamation has called for states in the Colorado River Basin (CRB) to significantly reduce water demand, but negotiations have not resulted in an agreement. AWE found numerous opportunities for policy improvement among the seven CRB states – which averaged 37 points out of 89 possible points – such as adopting plumbing efficiency standards, limiting water loss from utility distribution systems, and funding water reuse and recycling.

While some states improved since AWE’s previous Scorecard was released in 2017, the analysis found little progress overall, even as droughts and other climate change impacts increasingly undermine affordable, reliable water services. The average state score was only 23 out of 89 possible points.

“Providing sustainable water services is increasingly costly and complicated because of climate change and other factors,” said Ron Burke, President and CEO of AWE. “It’s important that states, as well as the federal government, support local efforts to reduce water use with financial assistance, policies that drive best practices, and planning that facilitates cooperation across water sheds.”

A common misconception is that water efficiency and conservation in the U.S. are only important in the Southwest where a prolonged drought has created a severe water crisis in the region. However, drought is increasingly common across the nation, with nearly every state experiencing drought in 2022. In addition, the benefits of reducing water use go beyond preventing water shortages. That is reflected in the geographic diversity of the top ten ranked states, with representation from the West but also the South, Midwest and East.

“Water efficiency and conservation are typically the fastest and least expensive ways to save water while also lowering water bills, reducing energy use and greenhouse gas emissions, protecting rivers and lakes, and enhancing resilience to extreme weather events,” said Burke.

Effective state-level water conservation policies are even more important now that the U.S. Congress has authorized billions of dollars in loans and grants for water services as part of the Infrastructure Investment and Jobs Act and the Inflation Reduction Act. Many of these funds will be administered by states and can only be maximized with good state policies in place.

Despite the low scores, there were some bright spots, including ten states adopting point-of-sale plumbing efficiency requirements since 2017 that go beyond federal standards, for a current total of 15 states (including California) plus the District of Columbia.

About the Alliance for Water Efficiency:

The Alliance for Water Efficiency (AWE) is a nonprofit organization with more than 500 organizational members dedicated to the efficient and sustainable use of water across North America. AWE provides training, research, and other resources for water efficiency professionals, and we encourage the public to conserve water through tools like our Home Water Works Calculator. In addition, AWE advocates for products, programs and policies that advance water efficiency.

More from Alliance for Water Efficiency

ABOUT THE NEWS SOURCE:
Alliance for Water Efficiency

The Alliance for Water Efficiency (AWE) is a nonprofit organization with more than 500 organizational members dedicated to the efficient and sustainable use of water across North America. AWE provides training, research, and other resources for water efficiency professionals, and we encourage the public to conserve water through tools like our Home Water Works Calculator. In addition, AWE advocates for products, programs, and policies that advance water efficiency.

LEGAL NOTICE AND TERMS OF USE: The content of the above press release was provided by the “news source” Alliance for Water Efficiency or authorized agency, who is solely responsible for its accuracy. Send2Press® is the originating wire service for this story and content is Copr. © Alliance for Water Efficiency with newswire version Copr. © 2023 Send2Press (a service of Neotrope). All trademarks acknowledged. Information is believed accurate, as provided by news source or authorized agency, however is not guaranteed, and you assume all risk for use of any information found herein/hereupon.