Share the Excitement of Fashion Week with ‘Meet a Scientologist: George Kalajian’ 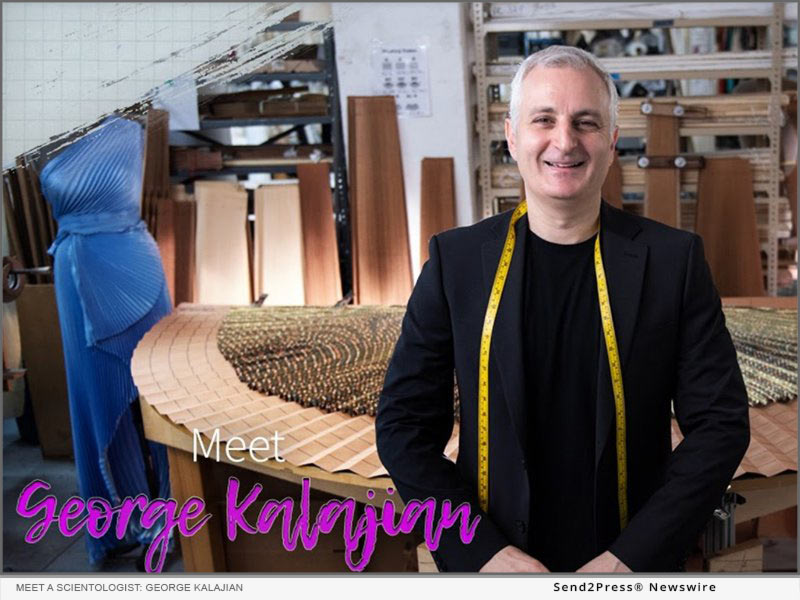 “The last two weeks before fashion week are completely insane,” says George Kalajian, the industry’s go-to expert for pleating. “We love creative designers — designers who like to push the envelope. But they are always designing in the 11th hour.”

Kalajian literally wrote the book on pleating — an art that dates to the Egyptian pharaohs and is used today by some of the world’s hottest fashion designers. His roots in the garment industry go back generations, but Kalajian once turned his back on the family business.

His episode of Meet a Scientologist is the story of his turnaround — how Scientology helped him repair a strained relationship with his father and ignite his passion and purpose.

In the process, the quality of his work elevated him into the upper echelons of the fashion industry, with his creations showcased on runways, in film — even in the Metropolitan Museum of Art.

Meet a Scientologist is an in-depth look into the lives of individual Scientologists from the frontiers of art, business, science, sports, entertainment and more. It is one of eight original series airing on the Scientology Network.

Since launching with a special episode featuring Scientology ecclesiastical leader Mr. David Miscavige, the Scientology Network has been viewed in 240 countries and territories worldwide in 17 languages. Broadcast from Scientology Media Productions, the Church’s global media center in Los Angeles, the Scientology Network is available on DIRECTV Channel 320 and can be streamed on Scientology.tv, on mobile apps, and via the Roku, Amazon Fire and Apple TV platforms.