FON's theme this year is 'FROM MANY DIFFERENT NATIONS, TO ONE MAINE'

PORTLAND, Maine, March 20, 2018 (SEND2PRESS NEWSWIRE) — Hundreds of international flags again will sway in the breeze and the summer will HEAT UP on Saturday July 28, 2018 at the Deering Oaks Park; a feast for your eyes and ears will be displayed throughout the Sixteenth Annual Greater Portland Festival of Nations (FON). FON proudly celebrates and highlights Maine’s great ethnic diversity, perpetuates traditions, encourage ethnic understanding, and promote unity in Maine. FON’s theme this year is “FROM MANY DIFFERENT NATIONS, TO ONE MAINE.” 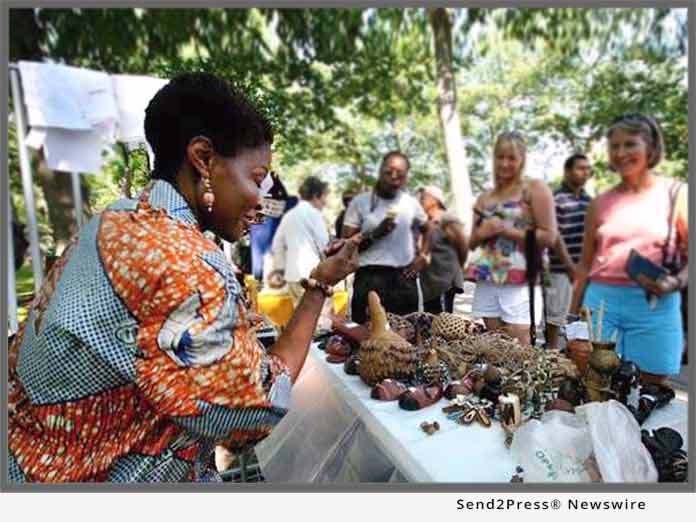 The coordinators of the FON are thrilled to again welcome back our Chair, the singing sensation and Portland’s own Michael O. (Michael Odokara-Okigbo). Michael O. will take the stage as the main event. This is a homecoming for Michael O. who is now a singer, songwriter and actor in Los Angeles.

In 2013, Michael released his first EP, “In the Beginning.” Within 24 hours of its official release, “In the Beginning” was #3 on the iTunes Soul charts, #4 on the iTunes R&B charts. In the state of Maine, the CD was the #1 selling local CD at Bull Moose for the entire year of 2013. In 2015, Michael O. appeared in the major motion picture “Pitch Perfect 2,” and is featured on the soundtrack (which recently won the AMA for best soundtrack). Many other performers will also be showcased at the festival.

The participants at Festival will enjoy the beautiful Deering Oaks Park while sampling the exotic delicious food from diverse vendors – featuring foods from all around the globe, dancing into the night to drumming and music from diverse musicians on stage. Some of these ethnic and diverse vendors from different nations including African American, Armenian, Bosnian, Cambodian, Caribbean, Congolese, French, Finnish, Greek, Hispanic Nations, Irish, East Indian, Italian, Native American, Nigerian, Polish, Romanian, Somalia, Sudanese, Thai, Uganda and Vietnamese. FON offer its guests great opportunity to get an early and unique start on holiday shopping.

The exciting parts of the festival are two stages of non-stop music and dance performances that will thrill our audience of 5,000. The beautiful Deering Oaks Park that is a perfect venue for this family-friendly event, that offers a wide variety of entertainment for adults and children and the expanded children’s entertainment area for the little one’s enjoyment that will include face painting, exciting games, crafts, train rides, come, and taste the fantastic spices favors of Maine’s ethnic communities.

The festival is FREE to the public and family oriented.

Come and taste the fantastic spices and flavors of Maine’s ethnic communities.

Learn more about Greater Portland Festival of Nations at: https://www.facebook.com/greaterportlandfestivalofnations/

ABOUT THE NEWS SOURCE:
Greater Portland Festival of Nations

The Greater Portland Festival of Nations is a collaboration with many corporations, agencies and foundations in the Greater Portland, Maine, area. The festival is now recognized as one of the most outstanding family-oriented cultural events held in the state of Maine. It highlights Maine's ethnic diversity and traditions, encourages understanding, and promotes a healthy Maine.

LEGAL NOTICE AND TERMS OF USE: The content of the above press release was provided by the “news source” Greater Portland Festival of Nations or authorized agency, who is solely responsible for its accuracy. Send2Press® is the originating wire service for this story and content is Copr. © Greater Portland Festival of Nations with newswire version Copr. © 2018 Send2Press (a service of Neotrope). All trademarks acknowledged. Information is believed accurate, as provided by news source or authorized agency, however is not guaranteed, and you assume all risk for use of any information found herein/hereupon.