Strange & The Familiars Create A Mesmerizing Trip Into The Bizarre With New Video ‘Agent Strange!’

PORTLAND, Ore., April 22, 2022 (SEND2PRESS NEWSWIRE) — After successfully teaming up in 2021 to create the grim & gritty video for the title-track “Pretty Deadly” from their debut EP, it was a foregone conclusion that the right person to take on the brand-new single by Strange & The Familiars this year, would once again be none other than Jordan Henline of 88.8 Films. 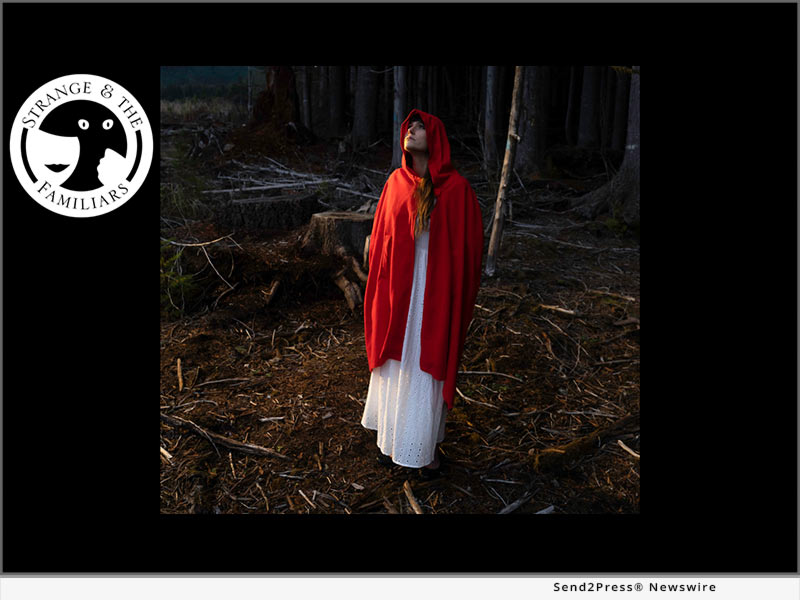 With an otherworldly concept shot in the heart of Portland in the Pacific Northwest, “Agent Strange” is a bold introduction to the persona of Stephanie Strange, an “impartial observer” tasked with documenting the bizarre events & people of planet Earth. Attempting to uncover the details of her own origin story while witnessing the shocking horrors of extremely real issues faced in daily human life – what Strange has absorbed has warped the mechanics of her mind, rendering her into an unreliable narrator whose perspective is askew and untethered to any kind of recognizable reality that would provide any comfort.

She hears voices, she both sees & talks with ghosts, she finds solace in nature, and is genuinely mortified by the way humanity abuses such beauty without sparing a second thought towards the impact of global warming, social inequities, or the pure butchery of Earth’s uniquely special, yet finite, natural resources. Dancing as the world is ending and the atmosphere is closing in, Strange & The Familiars take viewers & listeners on a final tour of a dying planet, done in by its own erratic indifferences & callous carelessness.

From mythical & magical forest scenes & imagery laden with the true majesty of nature, to the furthest reaches of outer space & aliens monitoring our every move “Agent Strange” is as insightfully artistic & compelling as it is authentically fun & entertaining. With the X-factor talents & soulful vocals of Strange alongside the exquisite instrumentation and musicianship of The Familiars, combined with the visionary expertise of Jordan’s direction & the proud support of the entire 88.8 Films crew – “Agent Strange” has become a groundbreaking video & single capable of taking them all straight to the next-level & beyond.

Listen to the Single here: https://open.spotify.com/track/1GJNavX499pEkKj8mTsVeW?si=35abefd4b031445f

News Source: Strange and The Familiars

More from Strange and The Familiars

ABOUT THE NEWS SOURCE:
Strange and The Familiars

For those who forged ahead, and those who were left behind, Strange & the Familiars brings you music from the beyond the veil. Black cats ripped from the fabric of the nightmare realm...Ghosts just passing through...Grandmother Spider weaving her cautionary tales from a post-apocalyptic future...Young women endowed with heavy supernatural burdens...we've got it all. Strange & the Familiars dance on the line between darkness and whimsy. With comic books, stories, poetry, music videos and more, there is plenty here for hearts dark and light.

RSS News Feed for Strange and The Familiars

LEGAL NOTICE AND TERMS OF USE: The content of the above press release was provided by the “news source” Strange and The Familiars or authorized agency, who is solely responsible for its accuracy. Send2Press® is the originating wire service for this story and content is Copr. © Strange and The Familiars with newswire version Copr. © 2022 Send2Press (a service of Neotrope). All trademarks acknowledged. Information is believed accurate, as provided by news source or authorized agency, however is not guaranteed, and you assume all risk for use of any information found herein/hereupon.