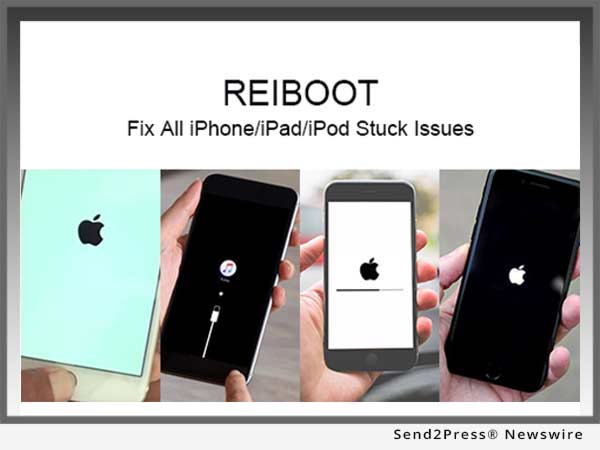 Apple has made great effort to redesign this iOS beta with a ton of improvements aimed to make iOS easier and more wonderful for users. But each coin has two sides. A little bug or two is always inevitably followed with this most advanced operating system. Recovery mode, DFU mode, Apple logo, reboot loop, etc. stuck issues have annoyed many upgrade/downgrade users. To fix those various stuck problems, Tenorshare team has improved ReiBoot to troubleshoot iPhone/iPad/iPod stuck now!

ReiBoot, which refers to “reboot iOS device,” is a super-handy iOS repair tool to fix all kinds of iOS 11 stuck issues both for newbies and veterans. iPhone 7/7 plus/6s/6s plus/6 plus can be repaired back to normal instantly with only one-click if it gets stuck during iOS 11 setup.

Price and Availability:
Tenorshare ReiBoot is compatible with iOS 11 and iTunes 12.6 and lower versions and now available at the Tenorshare official website. The general version is FREE. Suppose your iOS device is stuck in a serious issue and needs a deep repair, you can switch into ReiBoot Pro which costs $29.95.

About Tenorshare:
Founded in 2007, Tenorshare is a global leader in repairing iOS. Its ReiBoot is the most popular iOS repair software. It provides other tools including data recovery, system repair, and system optimization. Information: http://www.tenorshare.com/.

Founded in 2007, Tenorshare is a global leader in iOS system management field, including iPhone data recovery, iPhone data transfer, system optimization, and more. We are a team of over 60 people in 6 departments dedicating to offer our customers the most powerful and professional products.

LEGAL NOTICE AND TERMS OF USE: The content of the above press release was provided by the “news source” Tenorshare Co. Ltd. or authorized agency, who is solely responsible for its accuracy. Send2Press® is the originating wire service for this story and content is Copr. © Tenorshare Co. Ltd. with newswire version Copr. © 2017 Send2Press (a service of Neotrope). All trademarks acknowledged. Information is believed accurate, as provided by news source or authorized agency, however is not guaranteed, and you assume all risk for use of any information found herein/hereupon.