Texas Country singer Taylor Dee dies after car crash – Dee, 33, considered to be a superstar in the making

EULESS, Texas, March 22, 2021 (SEND2PRESS NEWSWIRE) — Taylor Dee, a beloved Texas country-western singer considered by peers to be skyrocketing toward stardom, died Sunday night (3-14-2021) after she was injured in a Euless car accident, the Texas Newsroom announced this week. 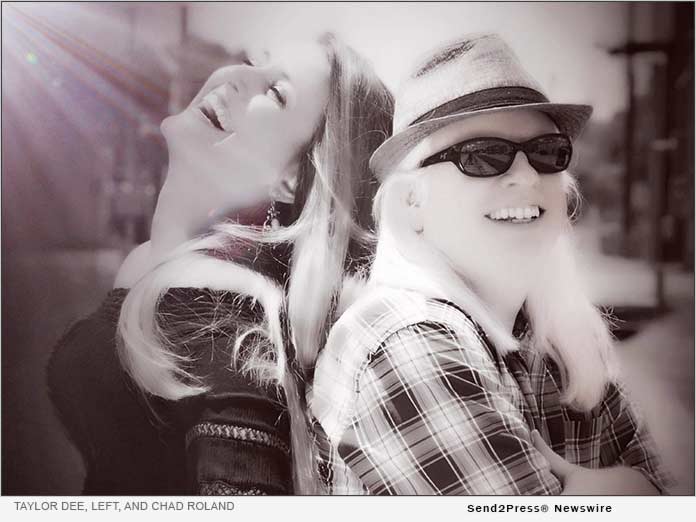 Linda Wilson, president of the Texas Country Music Association, told the Texas Newsroom that news of Dee’s death has shocked the music community.

“Taylor Dee was the real deal – a true talent with a heart and passion not only for her music but for people,” Wilson said. “In every performance, her talent was evident, but more importantly she allowed her fans to know her heart. She will be missed tremendously.”

A GoFundMe account has been set up to help with funeral expenses. As of Wednesday, more than $10,000 of a needed $15,000 had already been collected.

The accident occurred when Dee was driving a 2002 Chevrolet Trailblazer eastbound on the State Highway 183 toll lane in Euless shortly before 10:30 p.m., according to authorities.

Dee attempted to take the exit to Highway 360, but is believed to have missed the turn by a split-second.

The car started to roll-hitting an overhead sign in the process-and Dee was ejected from the vehicle, said Euless Police Sgt. Scott Peterson.

She was not wearing a seat belt, he said.

A male passenger authorities declined to immediately identify was wearing a seat belt and remained in the Trailblazer until it stopped moving.

Other than a broken toe and being badly shaken up, the male passenger did not immediately appear to be seriously injured, Peterson said.

A family friend of Dee’s said the passenger remained in the hospital under medical care for a time and was recently released.

The vehicle was extremely damaged from the impact, the sergeant said.

The Tarrant County Medical Examiner’s Office is performing a toxicology screen to determine if alcohol played a part in the accident along west Airport Freeway in Euless.

It is possible that alcohol might have slowed Dee’s reaction time, causing her to miss that turn, Euless Police told the Texas Newsroom.

But no conclusions can be drawn until the blood work is finished, Peterson said.

The case, meanwhile, remains under investigation.

The family friend said Dee and the passenger had been visiting a friend’s house in Little Elm near Grapevine.

The family friend added Wednesday that Dee’s clothes were in the process of being picked out for her viewing by those dearest to her.

Those who know Dee said she loved music and sang for most of her life. Her electrifying voice has long-drawn immediate comparisons to Janis Joplin.

Her first single, “The Buzz,” dropped June 14, 2019 and has been playing across several Texas radio stations, according to a release.

Chad Roland, Dee’s longtime friend, said his heart is heavy with grief and shock. He is a Nashville songwriter at Melody Roundup BMI and Rex Benson Music Los Angeles.

“I first met Taylor in October 2018 but it felt as if we knew each other many lifetimes,” Roland said. “Since then we have played music, laughed, shared stories and a few secrets, wrote, cried, toured, prayed and fought. Needless to say we were close. We genuinely loved each other, and we hoped that love spilled into the music.”

Roland said Taylor Dee was a complex human being full of hurt, love, loneliness and God-given talent “like no other person I’ve ever encountered before.”

“Truly the music world has no idea what kind of loss they have suffered,” Roland said.

Gary McGrath, producer for Taylor Dee & Shots Fired song, “Put a Bow On It,” said Taylor’s music will live on.

“Taylor was always trying to find the positive,” McGrath said. “She was so proud of pushing herself past what she thought she could do and surprised herself at what she found she could do. She was always humbled by anyone who wanted to help her.”

McGrath said Taylor Dee felt very blessed to have such support from people close and even strangers.

“She is now immortal!” McGrath said. “Recorded, filmed and photographed in ways that will continue to live on and show her passion, sense of humor, love for her friends and voice. For all who miss her all you have to do is listen to her music and she will be in your ears, heart and soul.”

Jeffrey Christian, a seasoned Dallas-Fort Worth area musician, said Taylor Dee’s musical versatility was well known. She was equally as home singing pop country ballads as she was growling out blues rock, he said.

“She was as good a singer as anyone I can think of with a wide range of vocal styles from sweet to gruff,” Christian said.

Christian said Dee found universally enjoyable melodies in complex chord structures for the country and folk rock music genres for which she was known.

“I don’t know how much she contributed to lyrics when writing the songs she sang, but they were almost always creative,” he said.

Shane Danger, host of the Dallas-based Texas Newsroom talk show got to know Taylor Dee when she was a regular guest.

Dee was popular on the Texas Newsroom, which is broadcast on Power Play Radio in Dallas and televised over Facebook Live.

Danger – in his capacity as an industry professional, music producer, actor and singer – said he understands Dee’s ambition for industry success.

However, Danger said, unlike many of her peers, Dee had something special inside that listeners could immediately recognize.

“I’ve never seen fans take to someone like they took to Taylor Dee,” Danger said. “They gave her all their love because she gave it right back to them.”

Off-camera, Danger said, Dee hinted-always with a wink-that she led a “vigorous” and “enthusiastic” life as a young person.

“I’d go as far as to say she considered herself to be ‘wild’ when she was younger,” Danger said. “But she was really good people. The world’s a darker place without her.”

“Thank you so much. I just can’t deal right now,” she said in a Facebook instant message.

Van Syckle’s Facebook posts were equally quick and to the point.

“My baby girl just passed away,” Van Syckle said in one of those FB posts. “Prayers needed.”

A cursory view of Dee’s background under her birth name of Taylor Dawn Carroll indicates she did have some alcohol-related run-ins with the Texas criminal justice system.

This could explain the comment Dee made in 2014 while posting a series of cover songs on YouTube under Taylor Dawn Carroll.

“Hey guys,” Dee said. “Um, those of you that know me know that I’ve been through a lot and that I’m slowly picking up the pieces. ”

Singing songs by Adele and Pistol Annies, Dee’s voice in 2014 burst forth on YouTube as electric and riveting as ever.

“I’m going to sing a song,” Dee said on the recording.

It’s called ‘One and Only’ by Adele. It has really deep, deep, meaning to me. So I’m going to try and do it justice like she does. Bear with me and I hope you enjoy it.”

During a Dec. 16, 2019, Facebook IM conversation, Dee spoke of the hardships of the music business, despite her usual Facebook posts seeming to give a much more optimistic impression.

“Facebook is but a highlight reel,” Dee said, adding an “LOL” for emphasis.

But Dee said she planned to keep plugging ahead professionally, despite any roadblocks.

“I’ve got some stories you wouldn’t believe,” she said. “And I think my purpose is to tell them and help people.”

Dee was told by many of her fans she was destined for greatness. But she scoffed at the suggestion.

She said she had experienced “crazy” situations her entire life and it was definitely making her wiser and more grounded.

“That’s why IDK if I’m ‘destined for greatness,'” Dee said in the IM message. “I feel I am, but maybe I’m cursed. Who knows?”

View More General Editorial News
"Taylor was always trying to find the positive," McGrath said. "She was so proud of pushing herself past what she thought she could do and surprised herself at what she found she could do. "

ABOUT THE NEWS SOURCE:
Texas Newsroom

THE TEXAS NEWSROOM: Citizen radio at its very finest, hosted by Ben Tinsley.

LEGAL NOTICE AND TERMS OF USE: The content of the above press release was provided by the “news source” Texas Newsroom or authorized agency, who is solely responsible for its accuracy. Send2Press® is the originating wire service for this story and content is Copr. © Texas Newsroom with newswire version Copr. © 2021 Send2Press (a service of Neotrope). All trademarks acknowledged. Information is believed accurate, as provided by news source or authorized agency, however is not guaranteed, and you assume all risk for use of any information found herein/hereupon.