Their name stems from an ironic blend of lead singer/songwriter Frank Hansen’s melancholy melodies with his red and blue-blooded Danish upbringing.

Produced by GRAMMY® nominated producer Tom Tatman (Stone Sour), “Invisible and Untouchable” is a lyrical and composition masterpiece that will give you goose bumps. 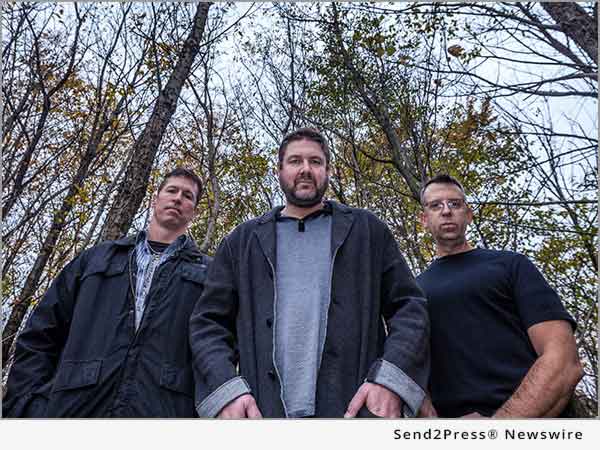 “One of the main draws of the band is the performance from lead singer and songwriter Frank Hansen. His hauntingly lyrical displays and melancholic melodies really come to the forefront, especially in tracks ‘Fade,’ ‘Hurricane’ and the lead single ‘Beautiful and Sad.’ In the latter you can really get a taste of Hansen’s quirky performance quality in the music video whist he parades before the camera menacingly sounding like the great John Grant,” explains Samuel Mensah, Daily News Service.

“Invisible and Untouchable” can be downloaded on iTunes, Amazon and Spotify.

View More Music and Recording News
"One of the main draws of the band is the performance from lead singer and songwriter Frank Hansen. His hauntingly lyrical displays and melancholic melodies really come to the forefront," says Samuel Mensah, Daily News Service.

More from The Blue Danes

ABOUT THE NEWS SOURCE:
The Blue Danes

LEGAL NOTICE AND TERMS OF USE: The content of the above press release was provided by the “news source” The Blue Danes or authorized agency, who is solely responsible for its accuracy. Send2Press® is the originating wire service for this story and content is Copr. © The Blue Danes with newswire version Copr. © 2016 Send2Press (a service of Neotrope). All trademarks acknowledged. Information is believed accurate, as provided by news source or authorized agency, however is not guaranteed, and you assume all risk for use of any information found herein/hereupon.