LOS ANGELES, Calif., Aug. 2, 2019 (SEND2PRESS NEWSWIRE) –- It’s been nearly two years since the deadly impact of Hurricane Maria, a Category 5 storm that devastated Puerto Rico, Dominica and the U.S. Virgin Islands. A vital part of the region’s infrastructure, medical facilities, were among the hardest hit. The Everest Foundation was one of the only non-profit, private foundations focused on helping Puerto Rico’s main University Teaching Hospital get back on its feet. 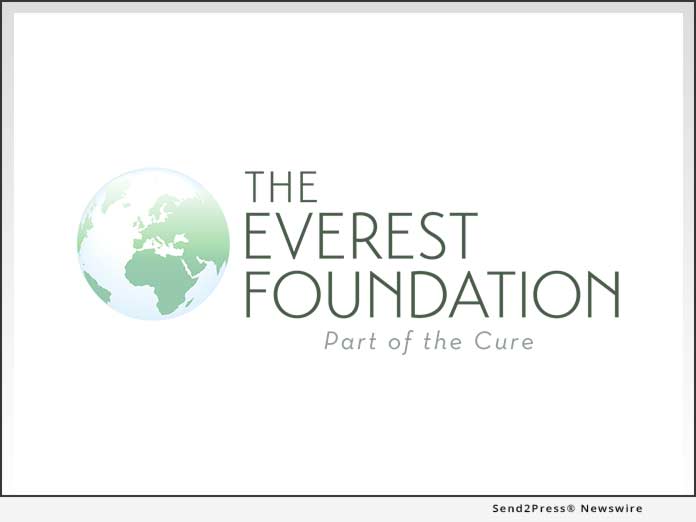 “There was a time right after Maria hit when weeks would pass and we couldn’t get a hold of anyone at the hospital to even offer assistance,” Greg Heffernan, Professor and Vice President of Foundation Relations at Everest Foundation, says. “Their communication infrastructure was decimated – cell phones and all.”

Earlier that year, prior to Hurricane Maria, The Everest Foundation had sent an envoy to determine if the University of Puerto Rico School of Medicine was a fit for its Everest Scholars and funding parameters.

“We had just come to an agreement with this institution, but Mother Nature hit,” Heffernan says.

Soon after the one-two punch of Hurricane Maria and Hurricane Irma, medical students and graduates were fleeing the island and making their way to the mainland. The Everest Foundation quickly learned that medical school leadership was in dire need of volunteers to help take care of the population. It offered support – both professionally and financially. The Everest Foundation prepared its Everest Scholars to help the university-affiliated, Puerto Rico Children’s Hospital, with material and practical support which were within the foundation’s mission parameters and sphere of influence.

While the Red Cross and other non-governmental organizations worked hard to help, they could only do so much. Puerto Rico teaching hospitals needed doctors that were committed to staying and helping. The staff at hospitals throughout the U.S. Territory were overworked, living in tough conditions with little or no electricity, and getting by with the basics while the infrastructure was rebuilt.

Dr. Sanah Ruhullah, one of The Everest Foundation Scholars who was sent, went on to accept a medical residency in Pediatrics where she has been part of helping the vulnerable population of Puerto Rico’s children.

“It takes a special type of young doctor to leave the luxuries of home to help those in need,” Heffernan says.

While choosing who to send, The Everest Foundation also had to take into consideration the need for bi-lingual doctors as Spanish is the region’s primary language. There was only a very specific demographic that could go to assist. Dr. Ruhallah was one of the first Everest Foundation Scholars who volunteered her time and then was invited to interview for a residency spot.

Things are slowly getting back to normal in Puerto Rico, however, the doctor shortage is getting many times worse. Many young medical students, after graduating medical school, can’t resist the temptation to find a medical residency in the lower 48. As a result, Puerto Rico needs individuals who want to train in Puerto Rico, and residents who, after training, will stay and build their practices and help the local economy and patient base.

The Everest Foundation continues to help Puerto Rico rebuild its Graduate Medical Education infrastructure, its teaching hospitals and is dedicated to doing so for many hurricane seasons to come.

About The Everest Foundation:

The Everest Foundation supports medical schools and teaching hospitals, globally, by funding their initiatives and providing recipients and partners with Everest Foundation Scholars. The foundation’s goal is to create tomorrow’s doctors with an emphasis on academic medicine. More information: https://www.theeverestfoundation.org/

View More Hospitals and Nursing News
"There was a time right after Maria hit when weeks would pass and we couldn't get a hold of anyone at the hospital to even offer assistance," Greg Heffernan, Professor and Vice President of Foundation Relations at Everest Foundation, says.

More from The Everest Foundation

ABOUT THE NEWS SOURCE:
The Everest Foundation

LEGAL NOTICE AND TERMS OF USE: The content of the above press release was provided by the “news source” The Everest Foundation or authorized agency, who is solely responsible for its accuracy. Send2Press® is the originating wire service for this story and content is Copr. © The Everest Foundation with newswire version Copr. © 2019 Send2Press (a service of Neotrope). All trademarks acknowledged. Information is believed accurate, as provided by news source or authorized agency, however is not guaranteed, and you assume all risk for use of any information found herein/hereupon.