The Inspiring Story of Tyce Treadway: How a High School Student is Changing the Sports World

INDIANAPOLIS, Ind., Sept. 21, 2021 (SEND2PRESS NEWSWIRE) — Tyce Treadway, a young change-maker in the business world, is changing it at 17 years old. He started as a creative, and now he is spearheading sports management in the NCAA NIL era. There is nothing he cannot do. He has been able to work with some of the most influential people in his field and has built up an incredible resume for someone who is not even 18 yet. 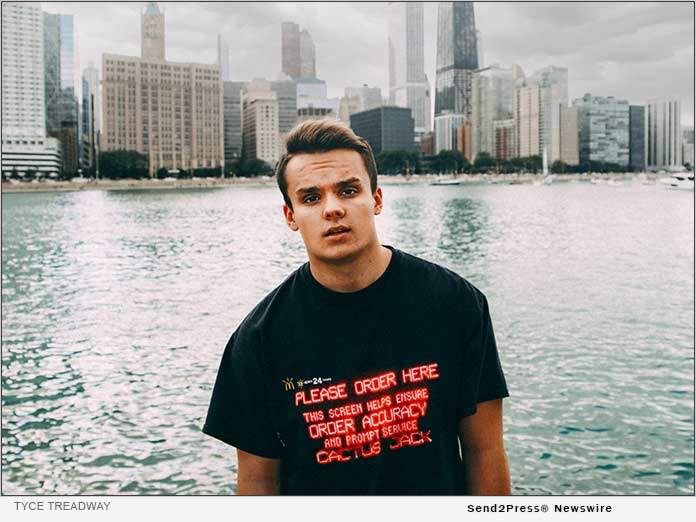 In addition, Tyce has been part of the movement to get players paid and build stability while attending college. As a young person, Tyce knows how important it is to have support from people like him, and he is committed to making sure that other young athletes realize they can make their dreams come true. With all that Tyce has accomplished at such a young age, there is no contention that Tyce is not ahead of his peers.

Tyce Treadway is a 17-year-old high school student from Indianapolis, IN. He began his career in sports photography and then later expanded to videography. Now he is working in sports management and content creation. Treadway says, “My start in sports photography has shown me the importance of great marketing in athletics.” Treadway created photos and videos at his high school, Franklin Central, in Indianapolis, IN, and helped athletes with their exposure there.

Developing connections in sports is something Treadway has become accustomed to. He created one such relationship with Sam Boro, an alumnus at his high school and owner of TopView, an Indianapolis media marketing and talent agency. This connection catapulted him and allowed him to work with high-profile talent in all industries. Connections like these have carried over to Treadway’s management work as well, allowing him to secure the best deals for every athlete he works with.

Going into his final year in high school, Treadway is still getting better at everything he does while maintaining a high GPA and being involved in his community. While his community is close to his heart, he has big ambitions and is sure to achieve them.

View More Indianapolis Business News
Treadway says, “My start in sports photography has shown me the importance of great marketing in athletics.”

ABOUT THE NEWS SOURCE:
Tyce Treadway

Tyce Treadway is a 17-year-old high school student from Indianapolis, Indiana. He began his career in sports photography and then later expanded to videography. Now he is working in sports management and content creation.

LEGAL NOTICE AND TERMS OF USE: The content of the above press release was provided by the “news source” Tyce Treadway or authorized agency, who is solely responsible for its accuracy. Send2Press® is the originating wire service for this story and content is Copr. © Tyce Treadway with newswire version Copr. © 2021 Send2Press (a service of Neotrope). All trademarks acknowledged. Information is believed accurate, as provided by news source or authorized agency, however is not guaranteed, and you assume all risk for use of any information found herein/hereupon.